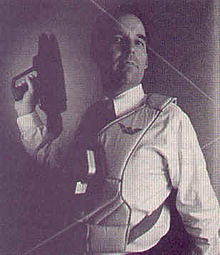 Worlds of Wonder or WoW was a 1980s American toy company, founded by former Atari employees, including Don Kingsborough and Mark Robert Goldberg.[1]

They also distributed the Nintendo Entertainment System in the United States during its first few years.

With the strength of its line of toys Worlds Of Wonder’s fortunes rose well beyond its assets. This culminated in a rather spectacular tumble as stock trades by company officers spooked investors. Attempting to stem the tide, WOW issued Non-Investment Grade Bonds, commonly known as junk bonds, in an effort to buoy itself. Although there is some contention as to whether this strategy would have helped, the attempt was made moot by the 1987 stock market crash. Worlds Of Wonder filed for bankruptcy protection and was liquidated in 1988[5] and went through a series of layoffs. The creditors continued to operate the company in receivership until finally closing its doors in late 1990.[6] This period of operation only involved selling off existing inventory and no new toys were developed or manufactured.

Later versions of "Teddy Ruxpin" were brought out by Playskool and Yes! Entertainment (Yes! was also formed by Don Kingsborough) and most currently, Backpack Toys.

The "Lazer Tag" brand name was continued by Shoot The Moon Products, a toy invention company formed by two other Worlds Of Wonder founders[7] and new Lazer Tag equipment has been produced under license by Tiger Electronics and Hasbro. The new Lazer Tag toys are not compatible with the original Worlds Of Wonder Lazer tag gear except via a hidden interface in some of the Hasbro gear.[8]

There were also decorated trapper keeper styled folders and pencils as part of the line. When Worlds of Wonder declared bankruptcy in 1988 the line was severely hurt by the crisis and ultimately cancelled.