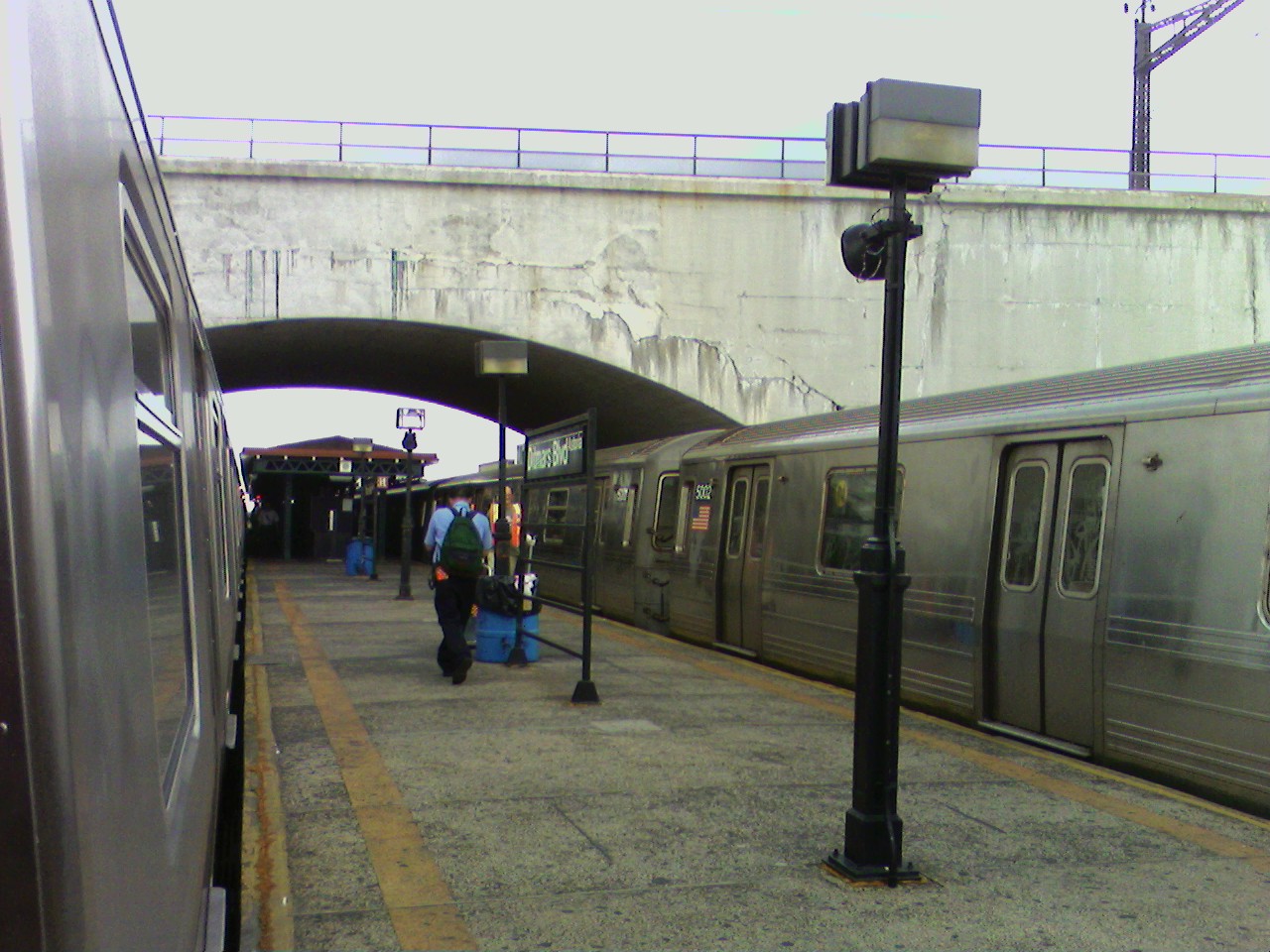 This station has two tracks and an island platform, partially located under the (NYCR). The platform canopy extends to the portion of the platform under the NYCR. The mezzanine has twin fare controls, with double-wide staircases. There is a pedestrian bridge to the second floor of the adjacent Garry Building. A view from the platform reveals a painted mural on the east wall of the bridge entitled "Americana".

Opened on , as an IRT line station, the BRT