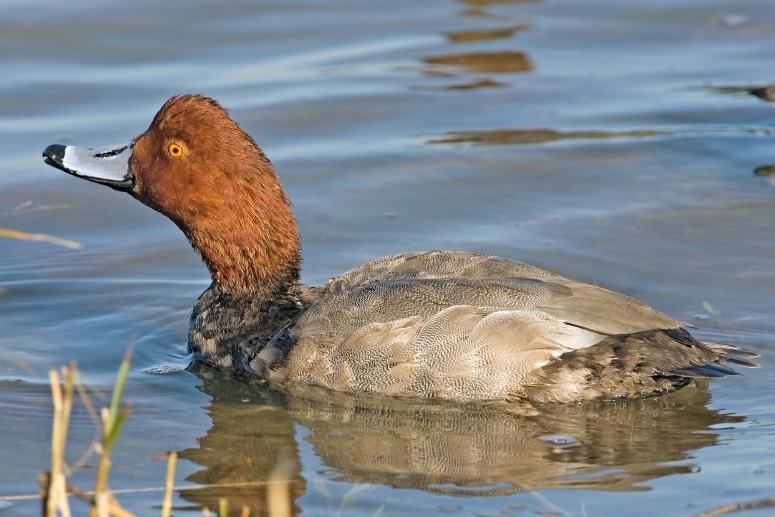 The Redhead ("Aythya americana") is a medium-sized , 37 cm long with an 84 cm wingspan.

The adult male has a blue bill, a red head and neck, a black breast, yellow eyes and a grey back. The adult female has a brown head and body and a darker bluish bill with a black tip.

The breeding habitat is es and potholes in western . Loss of nesting habitat has led to sharply declining populations. Females regularly lay eggs in the nests of other Redheads or other s, especially s. Redheads usually take new mates each year, starting to pair in late winter.

Following the breeding season, males go through a which leaves them flightless for almost a month. Before this happens, they leave their mates and move to large bodies of water, usually flying further north.

They overwinter in the southern and north-eastern United States, the region, northern and the .

This strong migrant is a very rare vagrant to western .

These birds feed mainly by diving or dabbling. They mainly eat aquatic plants with some molluscs, aquatic insects and small fish.