The Wilderness Act protects exceptional undisturbed natural areas and scenery, such as in the Ansel Adams Wilderness. 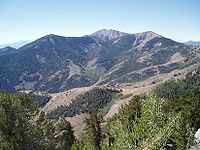 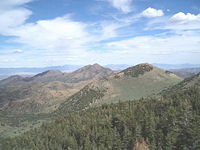 The National Wilderness Preservation System of the United States protects federally managed land areas designated for preservation in their natural condition. It was established by the Wilderness Act (Public Law 88-577) upon the signature of President Lyndon B. Johnson on September 3, 1964. The National Wilderness Preservation System originally created hundreds of wilderness zones within already protected federally administered property, consisting of about 9.1 million acres (3,700,000 ha). As of August 2008, a total of 704 separate wilderness areas, encompassing 107,514,938 acres (43,509,752 ha) had been set aside.[1] With the passage of the Omnibus Public Lands Act in March 2009, there are now 756 wilderness areas.

About the U.S. system

On federal lands in the United States, Congress may designate an area as wilderness under the provisions of the Wilderness Act of 1964. Whereas the Wilderness Act stipulated that a wilderness area must be "where the earth and its community of life are untrammeled by man", the Eastern Wilderness Act, which added added 16 National Forest areas to the NWPS, allowed for the inclusion of areas that had been severely modified by human interference.[2]

The National Wilderness Preservation System coordinates the wilderness activities of the four federal agencies: Bureau of Land Management, U.S. Forest Service, National Park Service, and the U.S. Fish and Wildlife Service. Wilderness areas are parts of national parks, wildlife refuges, national forests, and the public domain and may include land in several different units managed by different agencies. Initially, the NWPS included 34 areas protecting 9.1 million acres (37,000 km2) in the national forests. As of August 2008, there were 704 wilderness areas in the NWPS, preserving 107,514,938 acres (435,097.52 km2). This is approximately 5% of the entire United States, though only about 2.5% of the 48 contiguous states. Wilderness areas exist in every state, excluding Connecticut, Delaware, Iowa, Kansas, Maryland, and Rhode Island.[1]

Some state and tribal governments also designate wilderness areas under their own authority and local laws. These are not federal areas and the exact nature of protection may differ from federal laws.

Most U.S. wilderness areas are in National Forests but the largest amount of wilderness land is administered by the National Park Service. The largest contiguous wilderness complex in the United States is the Noatak and Gates of the Arctic Wildernesses in Alaska at 12,743,329 acres (5,157,042 ha); the largest wilderness area outside Alaska is the Death Valley Wilderness in southeastern California.

A special exemption to the "no mechanized equipment" rule is made for wilderness areas in Alaska: limited use of motorized vehicles and construction of cabins and aquaculture are permitted.[3] These exemptions were allowed due to the large amount of wilderness in Alaska and the concerns of subsistence users, including Alaska Natives.

On March 30, 2009, President Barack Obama signed into law the Omnibus Public Land Management Act of 2009. The legislation designated an additional 2 million acres (810,000 ha) in nine states as wilderness, representing the largest expansion of wilderness lands in over 25 years.[4]

Some U.S. states have created wilderness preservation programs modeled on the NWPS. One example is the Maryland Wildlands Preservation System.