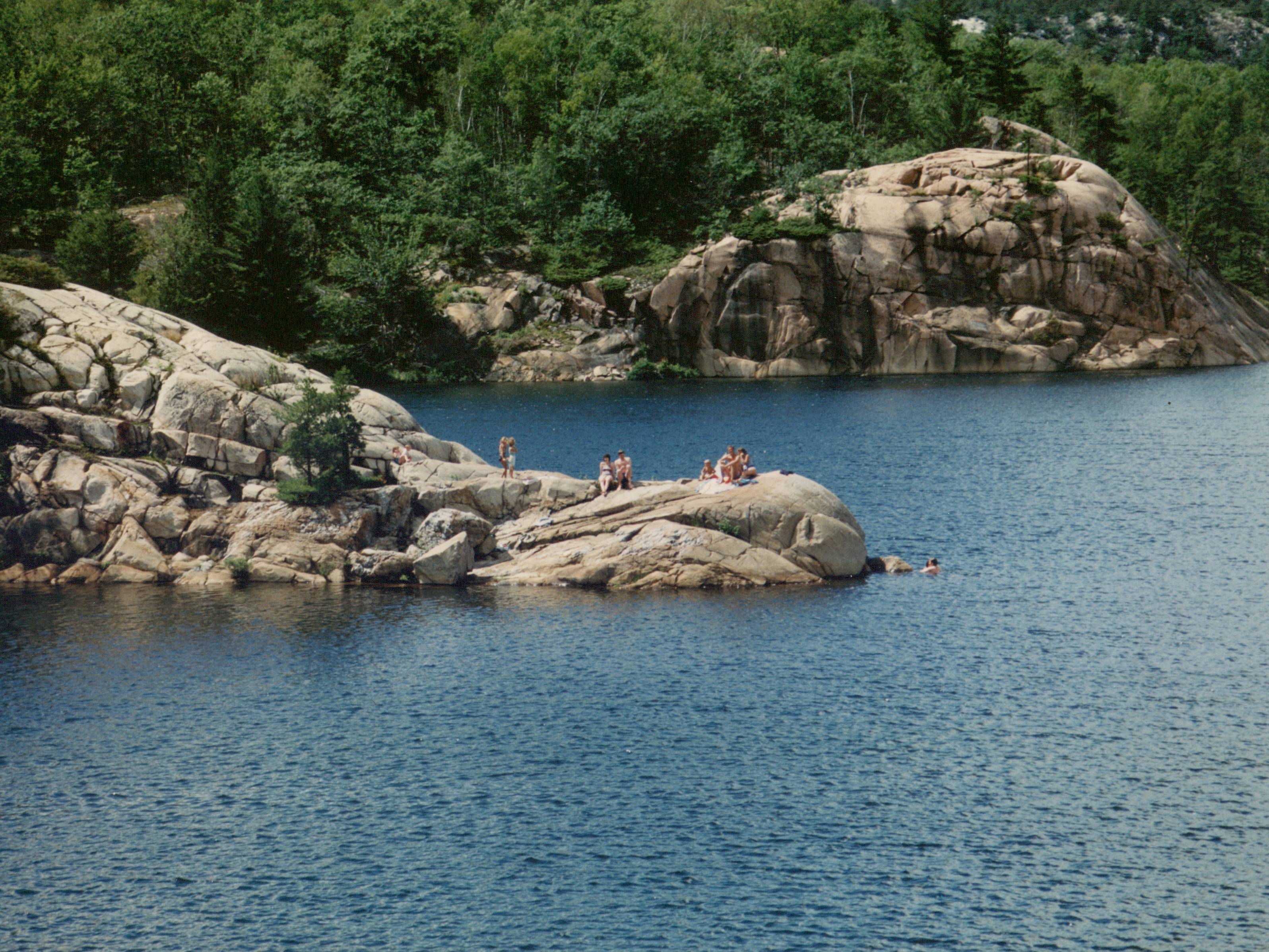 Killarney Provincial Park is a provincial park in central , .

Although not as well known as the world famous , Killarney is one of Ontario's most popular wilderness destinations. With its sapphire blue lakes and white ridges it is considered one of the the crown jewels of the Ontario Park system.

The park contains just one campground at the George Lake entrance as it is primarily a wilderness park, left alone with little facilities to allow visitors a chance to experience the solitude and beauty of its undisturbed natural setting. It boasts spectacular hiking trails and canoe-in back country camping. The canoe routes include well maintained portages between lakes.

Situated on the north shore of in the municipality of Killarney, the park straddles the La Cloche range, large rounded white hills that dominate the landscape. The white peaks and cliffs contrast with the pine and hardwood forests and the boggy lowlands that surround the parks many lakes.

The park is in the transition zone between the northern forest region and the St. Lawrence - lowlands, so there is a wide variety of plant life. The park is home to , , black bears, wolves, s, s, and s along with over 20 species of reptiles and amphibians. Over 100 species of birds breed, nest or rest within park boundaries.

The origin of the park is owed to the conservation efforts of artists. Canadian Group of Seven artist was so alarmed by the prospect that Trout Lake (now O.S.A Lake) was about to be logged that he petitioned the Provincial government of the day to have it preserved. His letter was received by Mr. Finlayson, then the Minister of Lands and Forests, and his effort was successful. The lake was taken into trust by the Ontario Society of Artists and its name was changed to O.S.A Lake. Jackson's efforts were rewarded with the naming of a lake after him on his 90th birthday The hills and lakes in the Killarney area became a popular place for painting and sketching and over the years several other members of the Group of Seven worked there including , and . In 1959 the Killarney Park area was set aside as a wilderness preserve. In 1962 Highway 637 opened, connecting the north shore of Georgian Bay all the way from the town of Killarney to the . Finally in 1964, with the help of lobbying efforts by the Group of Seven, convert|4000|sqmi|km2|-3 of shoreline were set aside as a wilderness reserve, and Killarney became a provincial park.

The park has experienced some challenges that threaten the health of its delicate local ecosystems. Owing in large part to its proximity to Sudbury with its nickel mines and smelters, local lakes were damaged by . Pollution caused by the smelting activities associated with mining between the 1940s and the 1970s, caused many of Killarney's lakes to become acidified, resulting in the loss of fish species, and aquatic plant life in many of the lakes. Legislation passed in the 1970s forced the industry to improve its emissions standards. Since then, sulphur emissions have been reduced by over 90 percent. To date, water quality has improved in some lakes to pre-pollution levels, while in other lakes the slow process of biological recovery continues. More recently, the lakes have been under threat from non-indigenous such as the Bythotrephes longimanus (a.k.a. spiny ), which threaten local species.