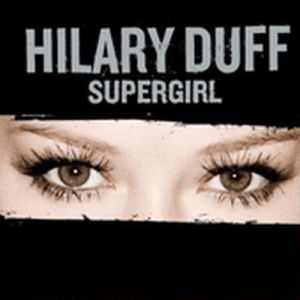 "Supergirl" is a pop song recorded by for her fourth album, "Most Wanted" (2005). It is exclusive to the Collector's Edition of the album and was released as the third single in the in 2006 (see ).

It was originally meant to be accompanied by a , and Duff told in November 2005 that she would "love" to film a video for another "Most Wanted" single because she enjoyed the "" video shoot and had never previously had three singles released from one of her albums. However, she said that because of her busy schedule and her decision to rest for a month, the video shoot would be "just not yet. It's hard to find time to get it all done, you know?". [Vineyard, Jennifer. [http://www.mtv.com/news/articles/1513377/20051109/story.jhtml "Hilary Duff Puts Everything On Hold To Do Nothing"] . . . Retrieved .]

"Supergirl" was released as a digital single at the U.S. on , and it was used in a March 2006 television commercial for a advertising campaign in which Duff participated. [ [http://www.prnewswire.com/cgi-bin/stories.pl?ACCT=104&STORY=/www/story/01-26-2006/0004268288&EDATE= "Candie's Announces Superstars Hilary Duff, Ciara, Michelle Trachtenberg & Samaire Armstrong To Appear in Candie's Spring Advertising Campaign"] . . . Retrieved .]