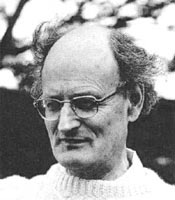 Richard Mervyn Hare ( &ndash; ) was an English moral philosopher who held the post of White's Professor of Moral Philosophy at the from 1966 until 1983 and then taught for a number of years at the . His meta-ethical theories were influential during the second half of the twentieth century.

Hare is best known for his development of prescriptivism as a meta-ethical theory. He believed that formal features of moral discourse could be used to show that correct moral reasoning will lead most agents to a form of .

Some of Hare's students, such as Brian McGuinness and went on to become well-known philosophers. , known for his work in , was also a student of Hare's, and has explicitly adopted some elements of Hare's thought, though not his doctrine of universal prescriptivism.

Hare was born in , . He attended in Warwickshire, followed in 1937 by , where he read Greats (Classics). Although he was a pacifist, he volunteered for service in the and was taken as a by the Japanese from the fall of in 1942 to the end of the . This experience had a lasting impact on Hare's philosophical views, particularly his view that moral philosophy has an obligation to help people live their lives as moral beings (King 2004). His earliest work in philosophy, which has never been published, dates from this period, and in it, he tried to develop a system that might "serve as a guide to life in the harshest conditions," according to "". [http://www.philosophy.ox.ac.uk/RMH.shtml]

He returned to Oxford after the war, and in 1947, married Catherine Verney, a marriage that produced one son and three daughters. (Hare's son, , is also a philosopher.) He was elected fellow and tutor in philosophy at Balliol from 1947&ndash;1996; honorary fellow at Balliol from 1974-2002; and was appointed Wilde Lecturer in Natural Religion, 1963&ndash;66; and White's Professor of Moral Philosophy, 1966&ndash;1983, which accompanied a move to Corpus Christi. He was president of the from 1972 to 1973. He left Oxford in 1983 to become Graduate Research Professor of Philosophy at the at Gainseville, a post he held until 1994.

He died in Ewelme, on after suffering a series of strokes.

Hare held that ethical rules should not be based on a principle of utility, though he took into account utilitarian considerations. This distinguishes him from classical utilitarians like . His book "Sorting Out Ethics" might be interpreted as saying that Hare is as much a Kantian as he is a utilitarian, but other sources [http://www.utilitarian.net/hare/about/197104--.pdf] disagree with this assessment. Although Hare used many concepts from Kant, especially the idea of , he was still a , rather than a , in his normative ethical views.

In a series of books, especially "The Language of Morals", "Freedom and Reason", and "Moral Thinking", Hare gave shape to a theory that he called . According to this, moral terms such as 'good', 'ought' and 'right' have two logical or semantic properties: and . By the former, he meant that moral judgments must identify the situation they describe according to a finite set of universal terms, excluding , but not s. By the latter, he meant that moral agents must perform those acts they consider themselves to have an obligation to perform whenever they are physically and psychologically able to do so. In other words, he argued that it made no sense for someone to say, sincerely: "I ought to do X," and then fail to do X. This was identified as a major flaw in Hare's system, as it appeared to take no account of "", or weakness of the will.

Hare argued that the combination of universalizability and prescriptivity leads to a certain form of , namely, .

An example of Hare's argument would be this:

Supposing you require a large sum of money, and you ask a friend to lend it to you. She refuses. You claim that it is wrong for her to refuse. 'Wrong' is a moral term, so, according to Hare, you must abide by its logical properties. The first property, universalizability, demands that you formulate a description of the situation using only universal terms. So you say:

Whenever I ask a friend for a large sum of money, it is wrong for her to refuse to give it to me.

But this violates the universalizability requirement, insofar as the description contains the terms 'I' and 'me,' which do not designate a universal property, but denote an individual instead. So you try again:

Whenever someone asks a friend for a large sum of money, it is wrong for him to refuse the request.

At first, you might argue that it does not apply to you. If you consider it wrong for your friend to refuse to lend you a large sum of money, it is your friend, not you, who should be acting accordingly. However &mdash; and here is where the two properties combine and the philosophically interesting results appear &mdash; universalizability requires that the same judgment be made, and prescriptivity that the same action be taken, irrespective of your particular position in the situation. In other words, just as you had to deprive the description of its particular (non-universal) terms, it is now impossible for you to exclude yourself from the possibility of being in the situation that your friend was in. According to "universalizability", if you were not the one asking for money, but the one who was being asked, the same moral judgment &mdash; that whenever someone asks a friend for a large sum of money, it is wrong for them to refuse the request &mdash; ought to apply; and, according to the rule of "prescriptivity", you would have to act accordingly.

If you were not prepared to act accordingly, you would be violating this rule; and in fact you wouldn't be uttering a moral judgment at all, according to Hare.

To re-enter the moral discourse, you would have to modify your original judgment so that, once universalized, you would still be able to act in the way it would ask you to act. By a series of universal conjectures and prescriptive refutations &mdash; akin to philosopher 's (see "Freedom and Reason", chapter 4) &mdash; you would eventually arrive at the right moral judgment, which would be the one you would prefer in all the possible situations.

In each case, however, one cannot simply put oneself in another's shoes, as it were, one must also adopt the universal properties of the perspectives of the other person. Universal prescriptivism, thus, leads to preference utilitarianism. And so, according to Hare, does Kantianism: to demand, as Kant's first formulation of the does, that you could will that your maxim be a universal law, is to ask the moral agent to prescribe the judgment that she could accept were she in any of the positions involved, which of course is exactly Hare's point.

Hare departs from Kant's view that only the most general maxims of conduct be used (for example, "do not steal"), but the consequences ignored, when applying the categorical imperative. To ignore consequences leads to absurdity: for example, that it would be wrong to steal a terrorist's plans to blow up a nuclear facility. All the specific facts of a circumstance must be considered, and these include probable consequences. They also include the relevant, universal properties of the facts: for example, the psychological states of those involved.

While Hare was primarily interested in meta-ethics, he also made some important contributions to the fields of political philosophy and applied ethics. Among his essays within these fields those on the wrongness of slavery, abortion and the golden rule, and on demi-vegetarianism have received the most attention. Hare's most important work in political philosophy and applied ethics is collected in the two volumes "Essays on Political Morality" (1989) and "Essays on Bioethics" (1993), both published by Oxford University Press.

* [http://utilitarian.net/hare R. M. Hare] . Resources on Hare, including writings by and about him.
* [http://deontology.com/ Could Kant Have Been a Utilitarian?] By R. M. Hare.
* [http://lgxserver.uniba.it/lei/filosofi/autori/hare-scheda.htm R. M. Hare] . Risorse in lingua italiana