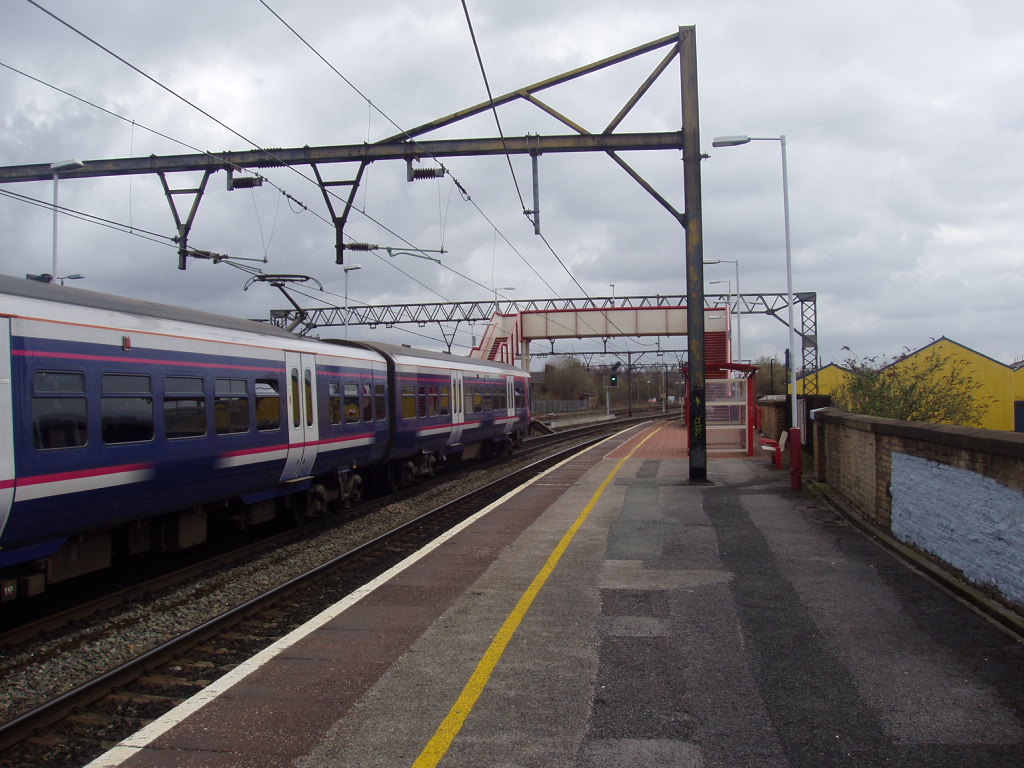 Ashburys railway station in serves Beswick and in , .

It was built by the on its new line from Manchester Store Street station to , opening in 1846. First appearing in Bradshaw's in July, in November it was referred to as "Ashburys for Openshaw", then in August 1856, as "Ashburys for Belle Vue".

There is no actual place of this name. It was named after the which built it for £175 in 1855. This company flourished from 1841 until 1902 when it moved to Saltley in , merging with the Metropolitan Amalgamated Railway Carriage and Wagon Company Ltd. Examples of its rolling stock survive to this day on preserved railways all over the world.

Today, Ashburys is a station with two platforms served by EMU trains from to and Hadfield and DMU trains between Piccadilly and Marple. services frequently pass through the station without stopping. The station is operated by . The line is electrified at . There is a signal box at Ashburys.