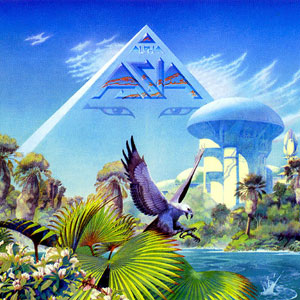 "Alpha" is a 1983 album by rock quartet Asia. After the huge commercial success of their first album, "Asia", "Alpha" sold relatively poorly and was considered a disappointment to some fans. fact|date=June 2007 Filled with commercial hooks, "Alpha" was the product of ' and 's song-writing. Steve Howe was mostly left out of the writing process, causing tensions within the band. Recorded in Morin Heights, Canada, "Alpha" is Asia's second album with John Wetton as vocalist and last album with Steve Howe as full-time guitarist until 2008's "Phoenix". The first track on "Alpha", "Don't Cry", became a top 10 hit, peaking at #10. "Alpha" was certified Platinum by the RIAA on October 11, 1983.

All songs by Wetton/Downes except "The Smile Has Left Your Eyes" by Wetton.