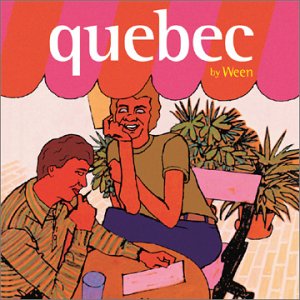 "Quebec" is the 8th album by , released on , on . It was the first album released after the band's contract with Elektra expired, and marked its return to independent labels. The album on a whole is comparable to "" or their first album "" in that not one single mood or theme can describe it, unlike their "country record" "", their "nautically-themed" "", their Beatlesque "pop" album "", the dark and murky "" and the cheerful and druggy "".

*The [http://www.biteycastle.com/bitey/ween.htm music video] for "Transdermal Celebration" was animated by well known Disney animator Adam Phillips.
*The track "It's Gonna be a Long Night" was featured in the video game .