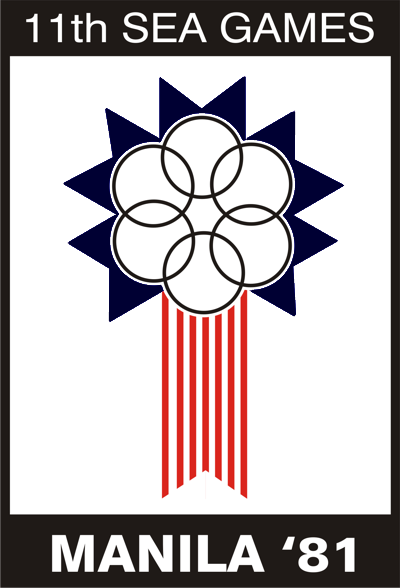 Athlete's Oath =
Judge's Oath =
Torch lighter =
Ceremony venue = Rizal Memorial Stadium
The 11th were held in , from , to , . This was the first time that the hosted the Games since its first participation in . The event was officially opened by President and the cauldron was lit by Benjamin Silva-Netto. The colorful opening ceremony was held in the Rizal Memorial Stadium in . A new football stadium and indoor arena was built in Pasig named the University of Life Track & Field and Arena or the ULTRA, now called the . The adjacent apartments were used as the athlete's quarters and was converted into a "BLISS" housing project of .

1Brunei was a British colony at that time.

In the 11th Southeast Asian Games held in Manila in 1981,Bong emerged as its most successful Filipino campaigner. She won six medals in six events, four of which were gold medals where she set six individual game records. Bong won the gold in Ladies Doubles with Lita de la Rosa and averaged 221 in Trios en route to an Individual All Events gold medal and became the South East Asian Games Masters champion.