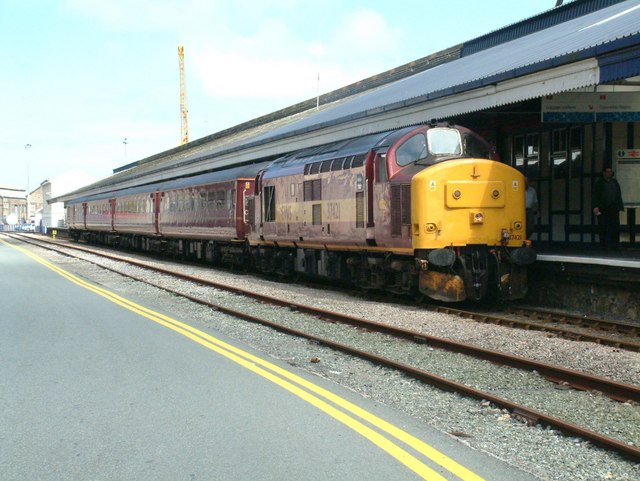 Fishguard Harbour railway station serves the port of Harbour, . It is the terminus of one of the branches of the from .Passenger services are operated by . There are only two trains each day, to connect with ferries to , . operated the night service in the winter and both day and night services in the summer from stnlnk|London Paddington until 2003, when the company ran them to Carmarthen only. A Class 158 usually works the twice daily service. The Monday to Saturday daytime service originates from stnlnk|Cardiff Central and calls at stnlnk|Llanelli and stnlnk|Whitland only, bypassing stnlnk|Swansea via the and stnlnk|Carmarthen via the freight-only loop and runs non-stop through the local intermediate stations. Before the train departs manual announcements are given to ensure that people are aware of the lack of stations the train calls at. The Sunday service calls at all mainline stations and has been known to be worked by Class 175s.

Currently 2006 the Welsh local government bodies are looking at how better the station and railway line can be served by trains.