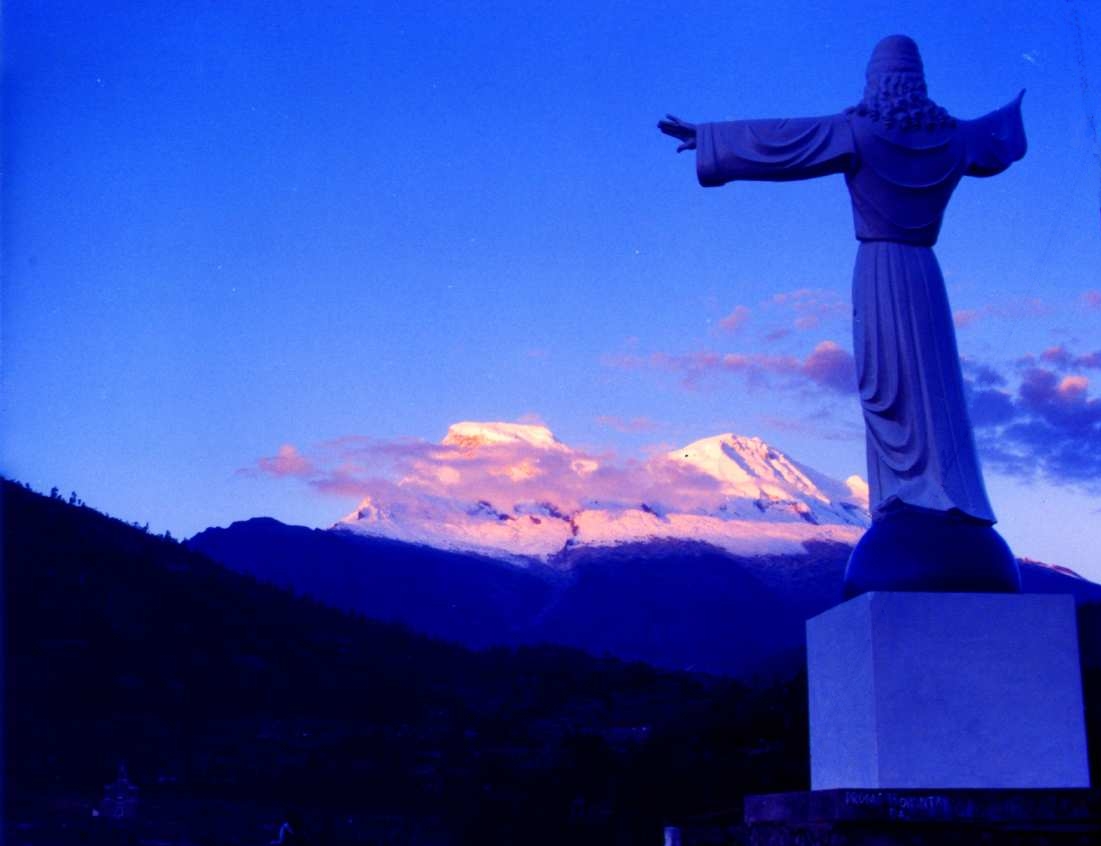 Yungay is a town in the in north central , .

Yungay is located in the on at an elevation of 2,500 m, 450 km north of , the country's capital. East of the small town there are the mountain ridges of snow-covered , with , Peru's highest mountain, no more than 15 km east of Yungay.

Yungay is the capital of , as well as the main town in the . Yungay Province has a population of 60,000 (2000 estimate). The Province of Yungay occupies part of the , the Valley (Yanama), the coast of Ancash (Quillo) and the .

The "Restoration" army, a Chilean-Peruvian army during the , defeated the army of the during the on , , marking the dissolution of the short-lived confederacy.

A remarkable event of the happened in Yungay, where in the US archeologist Thomas F. Lynch (Cornell University, USA, 1969) discovered very old cultural vestiges from circa 10,000 BCE, making this place "one of the great testimonies of the origin of agriculture in América".

On , a caused by the buried the whole town, killing 25,000 persons. Only 92 people survived, most of whom were in the cemetery and stadium at the time of the , as these zones were the highest in town.

The Peruvian government has forbidden excavation in the area where the old town of Yungay is buried, declaring it a national cemetery.

A television commercial for a Peruvian language institute made the city popular, when it showed an American tourist talking to a Peruvian security guard, telling him that she had fallen madly in love with him, saying "I love you guy". The security guard didn't speak English, so he thought she was asking about a street named after the city of 'Yungay'. The TV ad became very popular in Peru and has become part of the country's pop culture.