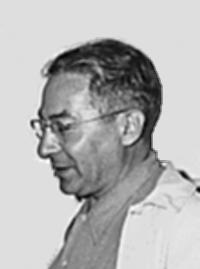 Rabi was born in , Galicia, Austrian Empire (now Poland), and was brought to the United States as a child the following year. He achieved a in degree from in 1919, continuing his studies at and received his Ph.D. in 1927. A fellowship enabled him to spend the next two years in Europe working with such eminent physicists as , , and . He then joined the Columbia faculty and never left.

In 1930 Rabi conducted investigations into the nature of the force binding protons to atomic nuclei. This research eventually led to the creation of the molecular-beam magnetic-resonance detection method, for which he was awarded the in 1944.

In 1940 he was granted leave from Columbia to work as Associate Director of the Radiation Laboratory at the on the development of and the atomic bomb. [ [http://nobelprize.org/nobel_prizes/physics/laureates/1944/rabi-bio.html Isidor Isaac Rabi - Biography ] ] Some say that he reluctantly agreed to serve as a visiting consultant who would come and go from Los Alamos, where he was one of the very few exceptions to the strict security rules there. General Groves made a special effort to bring Rabi, who had been a student with Oppenheimer and maintained a close and mutually respectful relationship, out to Los Alamos for the days leading up to the Trinity test so that he could help Oppenheimer maintain his sanity under such intense pressure.fact|date=June 2008 The scientists working on Trinity set up a for the results of the test, with predictions ranging from total dud to incineration of the planet. Rabi guess of 18 kilotons of TNT yield proved to be the closest to the actual yield of 20 kilotons and he won the pool.

After the war he continued his research, which contributed to the inventions of the laser and the atomic clock. He was also one of the founders of both and , and served as U.S. President 's second .

Rabi chaired Columbia's physics department from 1945 to 1949, a period during which it was home to two Nobel Laureates (Rabi and ) and eleven future laureates, including seven faculty (, , , , , and ), a research scientist (), a visiting professor (), a doctoral student () and an undergrad (). When Columbia created the rank of University Professor in 1964, Rabi was the first to receive such a chair. He retired from teaching in 1967 but remained active in the department and held the title of University Professor Emeritus and Special Lecturer until his death on , .

He famously remarked that "the world would be better without an ." He is also known for asking regarding the , "Who ordered that?"

Dr. Rabi is the recipient of The International Center in New York's Award of Excellence.