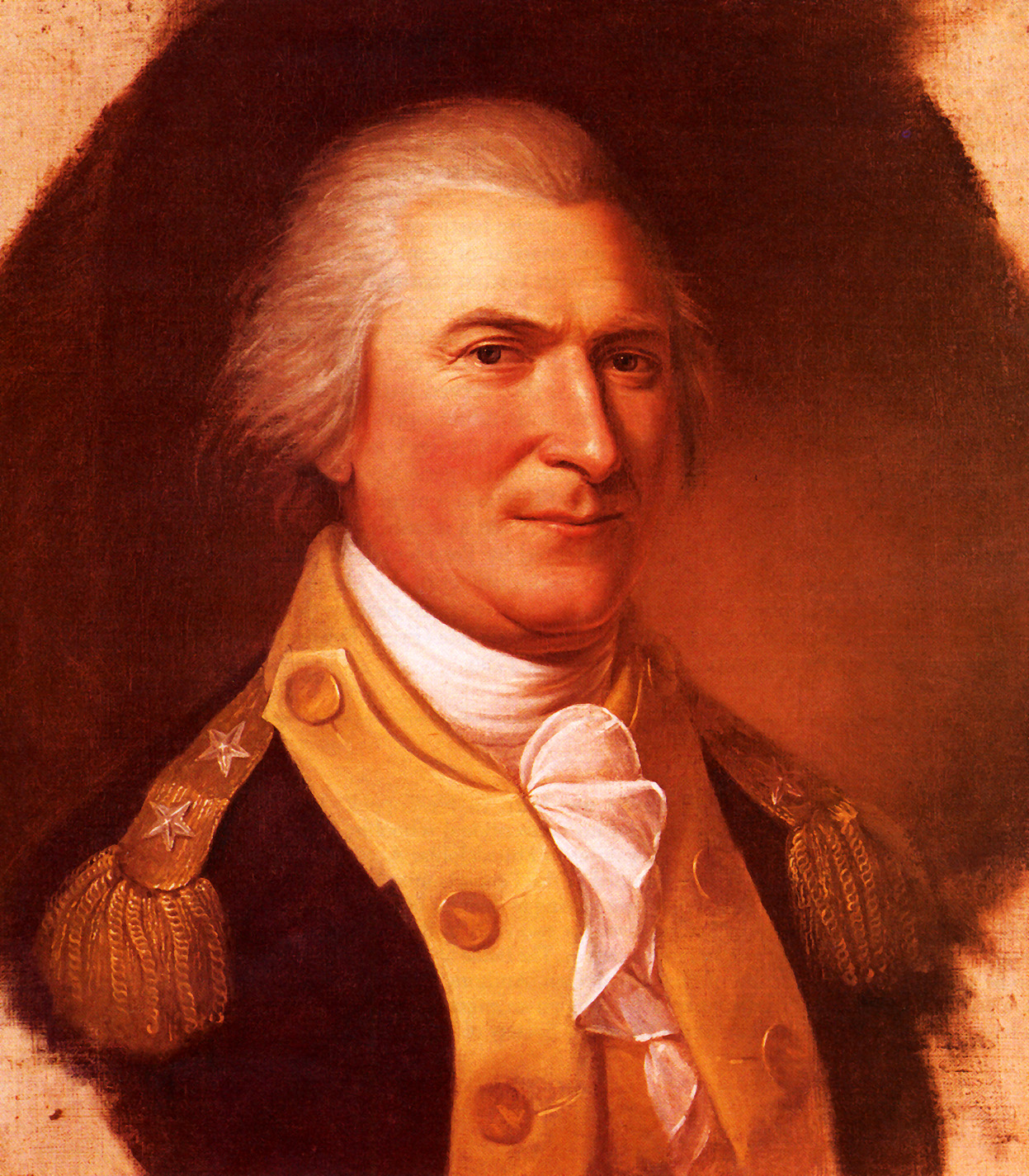 St. Clair was born in , , , probably to William Sinclair, a merchant, and Elizabeth Balfour. He attended the and studied medicine under the renowned anatomist William Hunter.

In 1757, St. Clair purchased a commission in the , , and came to America with Admiral 's fleet for the . He served under General at the capture of Louisburg, Nova Scotia on July 26 1758.

On April 17 1759, he received a lieutenant's commission and was assigned to the command of General , under whom he served at the .

On April 16 1762, he resigned his commission, and, in 1764, he settled in , where he purchased land and erected mills. He was the largest landowner in .

In 1770, St. Clair became a justice of the court, of quarter sessions and of common pleas, a member of the proprietary council, a justice, recorder, and clerk of the orphans' court, and of Bedford and Westmoreland counties.

In 1774, the took claim of the area around , and some residents of Western Pennsylvania took up arms to eject them. St. Clair issued an order for the arrest of the officer leading the Virginia troops. eventually settled the boundary dispute.

By the mid-1770s, St. Clair considered himself more of an American than a British subject. In January 1776, he accepted a commission in the as a of the . He was appointed a in August 1776, and was sent by Gen. to help organize the militia. He took part in on Christmas night 1776, before the . Many biographers credit St. Clair with the strategy which led to Washington's capture of in the following days.

In April 1777, St. Clair was sent to defend . His small garrison could not resist British Gen. 's larger force in the . St. Clair was forced to retreat at the Battle of Ticonderoga on July 5 1777. He withdrew his forces and played no further part in the campaign. In 1778 he was ed for the loss of Ticonderoga. The court exonerated him and he returned to duty, although he was no longer given any battlefield commands. He still saw action, however, as an to General Washington, who retained a high opinion of him. St. Clair was at Yorktown when Lord Cornwallis surrendered his army.

St. Clair was a member of the Pennsylvania Council of Censors in 1783, and was elected a delegate to the from November 2 1785 until November 28 1787. From November 2 1786 until February 2, 1787 the government known as the United States in Congress Assembled was unable to form a quorum and hence no president was elected. Chaos ruled the day in early 1787 with in full force and the states refusing to settle land disputes or contribute to the now six year-old federal government. On February 2, 1787 the Delegates finally gathered into a quorum and elected Arthur St. Clair as the 9th President of the . St. Clair's tenure as president (February 2, 1787ndash October 29, 1787) was during an effective period, as Congress enacted both the and the current .

Under the of 1787, which created the Northwest Territory, General St. Clair was appointed governor of what is now , , , , along with parts of and . He named after the , and it was there that he established his home. When the territory was divided in 1800, he served as governor of the .

As Governor, he formulated (named after its printer, William Maxwell), the first written laws of the territory. He also sought to end Native American claims to Ohio land and clear the way for white settlement. In 1789, he succeeded in getting certain Indians to sign the , but many native leaders had not been invited to participate in the negotiations, or had refused to do so. Rather than settling the Indian's claims, the treaty provoked them to further resistance in what is sometimes known as the "" (or "Little Turtle's War"). Mutual hostilities led to a campaign by General , whose 1,500 militiamen were defeated by the Indians in October 1790.

In 1791, St. Clair succeeded Harmar as the senior general of the . He personally led a comprising of two Regular Army regiments and some militia. This force advanced to the location of Indian settlements on the , but on they were routed in battle by a tribal confederation led by Miami Chief and Shawnee chief . More than 600 soldiers and scores of women and children were killed in the battle, called St. Clair's Defeat, the "Columbia Massacre," or the "." It was the greatest defeat of the American army by Native Americans in history with some 623 American soldiers killed in action as opposed to about 50 enemy dead. After this debacle, he resigned from the army at the request of President Washington, but continued to serve as Governor of the Northwest Territory.

A Federalist, St. Clair hoped to see two states made of the Ohio Territory in order to increase Federalist power in Congress. However, he was resented by Ohio Democratic-Republicans for what were perceived as his partisanship, high-handededness and arrogance in office. In 1802, his opposition to plans for Ohio statehood led President to remove him from office as territorial governor. He thus played no part in the organizing of the state of in 1803. The first provided for a weak governor and a strong , in part due to a reaction to St. Clair's method of governance.

St. Clair died in on August 31 1818 in his eighties and in poverty; his vast wealth dissipated by generous gifts and loans, and by business reverses. St. Clair's remains are buried in a public park in downtown Greensburg that bears his name.

A portion of The Hermitage, St. Clair's home in was later moved to , where it is now preserved at the Fort Ligonier Museum.

Places named in honor of Arthur St. Clair include: