:"This article is about the American actress. For the Academy Award-winning costume designer, see Julie Harris"Infobox actor 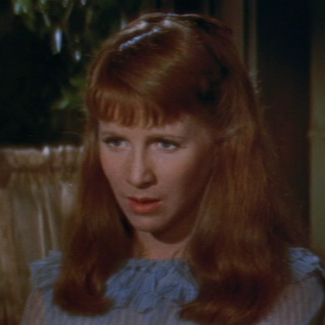 Julie Harris (born , ) is a American stage, screen, and television actress. She has won five s and three s, and was nominated for an Academy Award. She is a member of the .

Harris's screen debut was in 1952 in "", for which she was nominated for the . That same year, she won her first Best Actress Tony for originating the role of Sally Bowles in "", the stage version of 's "" (later musicalized as "Cabaret)." She repeated that role in the 1955 film version of "I Am a Camera". She also appeared in such seminal films as "East of Eden", "Reflections in a Golden Eye", and "Requiem for a Heavyweight".

Horror film fans remember Harris as the ethereal Eleanor Lance in "The Haunting", director 's 1963 screen adaptation of a novel by , now considered a classic of the horror genre. Another cast member recalled Harris maintaining a social distance from the other actors while not on set, later explaining that she had done so as a method of emphasizing the alienation from the other characters experienced by her character in the film.

She reprised her Tony-winning role as in 1973's play "" in the film version, which appeared in 1976. Another noteworthy film appearance was in the drama "The Hiding Place" (1975).

Of particular note is her Tony-winning performance in "", a one-woman play (written by William Luce and directed by Charles Nelson Reilly) based on the life and poetry of . She first performed the play in 1976 and subsequently appeared in other solo shows, including Luce's "Bronte".

On television, she is known for her role as Lilimae Clements on the "", a role she played as a recurring character from 1980 to 1981 and as a series regular from 1981 to 1987. For her television work, Harris has won three s and has been nominated eleven times.

On December 5, 2005, she was named a Honoree. At a ceremony, President remarked, "It's hard to imagine the American stage without the face, the voice, and the limitless talent of Julie Harris. She has found happiness in her life's work, and we thank her for sharing that happiness with the whole world."

She continues to work - recently narrating five historical documentaries by and , as well as being active as a director on the board of the independent Wellfleet Harbor Actors Theater.

In the summer of 2008, Ms. Harris appeared on-stage again in her hometown of Chatham as Nanny in Monomoy Theater's production of "The Effect of Gamma Rays on Man-In-The-Moon Marigolds."

Harris was born Julia Ann Harris in , the daughter of Elsie L. (née Smith), a nurse, and William Pickett Harris, an investment banker. [ [http://www.filmreference.com/film/44/Julie-Harris.html Julie Harris Biography (1925-) ] ] She graduated from Grosse Pointe Country Day School, a school that later merged with two others to form . She lives in Chatham, . She is thrice divorced and has one son, Peter Gurian. She was a friend to the illustrator and neighbor to the actress , whom she visited frequently.

Harris has survived , a bad fall requiring surgery, and a stroke.