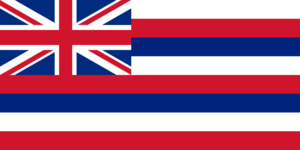 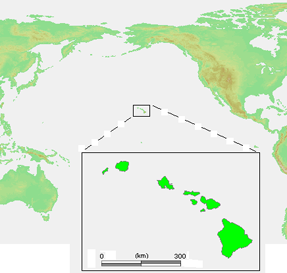 The administration of the Republic of Hawaiokinai was multiracial. It included men of European ancestry, like and , who were both native-born subjects of the Hawaiian kingdom and fluent speakers of the Hawaiian language. Dole had previously been an elected member of the Kingdom legislature from Koloa, Kauaokinai and a Justice of the Kingdom's Supreme Court. Thurston had served as Minister of Interior under King . The Speaker of the House of the Republic of Hawaiokinai was native Hawaiian John Kaulukou who had previously been a Royalist opposing annexation.

The first order of business for the Provisional Government after the successful overthrow of Liliokinauokalani was to form an interim government while Lorrin A. Thurston was in Washington, DC to negotiate annexation with Congress. One group proposed the assumption of power of Princess Victoria Kaokinaiulani while a body formed by the Committee of Safety could act as a regency government. With the physical absence of the princess from the islands, the proposal was immediately struck down.

The Provisional Government was dealt a huge blow when United States President , who was supportive of the annexation of Hawaii, was voted out of the . , an anti-imperialist, assumed the presidency and right away worked to stop the treaty of annexation. Just a month before Cleveland became president, Lorrin A. Thurston had struck a deal with Congress as it prepared to ratify a treaty of annexation. Cleveland, having heard the appeals of Princess Victoria Kaokinaiulani on behalf of her imprisoned aunt, withdrew the treaty and launched an investigation of the matter.

Cleveland appointed of as Commissioner Paramount and Minister to Hawaiokinai. His chief mission was to investigate the overthrow of Liliokinauokalani's government. Blount concluded in his report that the overthrow had utilized the aid of the , United States Minister to Hawaiokinai who ordered the landing of troops from the USS "Boston". On the basis of Blount's report, Cleveland sent of to as Minister to Hawaiokinai with secret instructions. Willis, initially rebuffed by the queen, obtained Liliokinauokalani's promise to grant an amnesty after a considerable delay. After securing that promise, Willis made a formal demand for the dissolution of the Provisional Government and complete restoration of the monarchy, although unbeknownst to him by that time it was too late since Cleveland had already referred the matter to Congress. Taking the demand at face value, on , , Sanford B. Dole sent a reply to Willis flatly refusing to surrender the authority of the Provisional Government to the deposed queen. [cite book
last =Daws
first =Gavan
authorlink = Gavan Daws
title = Shoal of Time: A History of the Hawaiian Islands
publisher =
year= 1968
pages = 278
isbn = 9780824803247 ]

In response to Cleveland's referral of the matter, the Senate passed a resolution empowering its Foreign Relations Committee to hold public hearings under oath, and cross-examine witnesses, to investigate U.S. involvement in the revolution and also to investigate whether it had been proper for President Cleveland to appoint Blount and give him extraordinary powers to represent the U.S. and intervene in Hawaiokinai without Senate confirmation. Senator chaired the investigation.

The findings of the contradicted the assertions earlier made by Blount and President Cleveland, and on February 26, 1894 was submitted. It concluded that the U.S. troops had remained completely neutral during the overthrow, exonerated Minister Stevens in landing troops, and concluded Blount's appointment and investigation without congressional approval were constitutional. However, the nine member Senate Foreign Relations Committee that submitted the report could not agree on a final conclusion, and the oft-executive summary was signed only by Morgan himself. [cite book
last =Russ
first =William Adam
authorlink =William Adam Russ
title =The Hawaiian Revolution (1893-94)
publisher =Associated University Presses
year =1992
pages =335
isbn =0945636431 ] [cite book
last =Tate
first =Merze
authorlink =Merze Tate
title =The United States and the Hawaiian Kingdom: A Political History
publisher =Yale University Press
year =1965
pages =253 ] .

Establishment of the Republic

Hawaiian revolutionary led several rebellions in pursuit of the restoration of the Hawaiian monarchy. He led an army of 150 Hawaiians, Europeans and Chinese in an attempt in . Wilcox was brought to trial but released as juries refused to find him guilty of wrongdoing. In , Wilcox participated in another attempt, this time to overthrow the Republic of Hawaiokinai and to restore Liliokinauokalani to power. Royalist supporters landed a cargo of arms and ammunition from in a secret Honolulu location. At the location on , , a company of royalists met to draft plans to capture the government buildings by surprise. A premature encounter with a squad of police alarmed Honolulu and the plans were abandoned as the royalists were quickly routed. Wilcox spent several days in hiding in the mountains before being captured. The son of one pro-annexationist was killed. Several other skirmishes occurred during the following week resulting in the capture of the leading conspirators and their followers. The government allegedly found arms and ammunition and some potentially evidential documents on the premises of , Liliokinauokalani's private residence implicating her in the plot.

The Republic of Hawaii put their former queen on trial. The prosecution asserted that Liliokinauokalani had committed "misprision of treason," because she allegedly knew that guns and bombs for the Wilcox attempted counter-revolution had been hidden in the flower bed of her personal residence at Washington Place. She was sentenced to 5 years imprisonment at hard labor and a fine of $10,000. But the imprisonment was served in a small bedroom at okinaIolani Palace where she had a full-time maid-servant, and her "hard labor" consisted of composing songs and sewing a protest quilt containing symbols of the monarchy. After eight months she was paroled to her Washington Place home by President Sanford B. Dole. A year later she was granted a full pardon, including the right to travel; and President Dole gave her a passport to travel to Washington D.C. "to visit friends." However, she used that opportunity to lobby the U.S. Senate in 1897 against annexation.

Dissolution of the Republic

Upon the inauguration of as president of the United States on , , the Republic of Hawaiokinai resumed negotiations for annexation, which continued into the summer of 1898. By this time, the President saw the islands as having gained a new strategic relevance in the wake of the . On of that year, a new treaty of annexation was signed. As the Senate appeared uncertain to ratify the treaty, its supporters took extreme measures by passing the Newlands Resolution through which the cession was accepted, ratified and confirmed by a vote of 42 to 21. The House of Representatives accepted the by a vote of 209 to 91. McKinley signed the bill on , . The formal transfer of sovereignty took place on , with the hoisting of the flag of the United States over okinaIolani Palace.

* [http://morganreport.org morganreport.org] Online images and transcriptions of the entire Morgan Report
* [http://www.archives.gov/education/lessons/hawaii-petition/ Background of the petitions against Annexation]