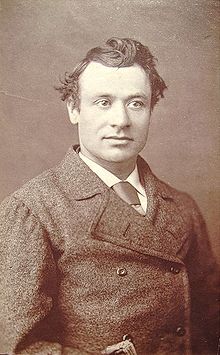 He made his first London appearance in 1860, and became the leading actor at the Prince of Wales's Theatre. He starred in Sweethearts by W. S. Gilbert. He went to America in 1876, where he remained for most of his life, playing first in Augustin Daly's company and then in the Union Square stock company, during the long run of The Celebrated Case. He was in London in 1881, however, starring in the long-running The Colonel (play).

He also played with his sister, Rose Coghlan, and in support of Lillie Langtry and Minnie Maddern Fiske, and in 1898 produced a version of Dumas' Kean, called The Royal Box, in which he successfully starred during the last years of his life.

His sister Rose was an actress. His daughter Gertrude Coghlan (1 February 1876 - 11 September 1952) was also an actress, and his son Charles Jr was an actor.

He died in Galveston, Texas, on 27 November 1899. Nearly one year after his burial, he was washed away from the graveyard by the Galveston Hurricane of 1900, in which 6,000 people died. His coffin was washed away and eight years later found by fishermen at the Gulf of Saint Lawrence and returned to Charlottetown, Prince Edward Island, Canada. (P.E.I.). The reburial took place at the birthplace of Coghlan.