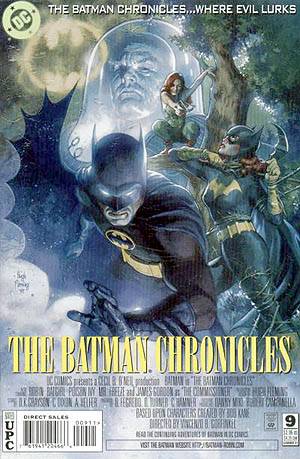 The Batman Chronicles is a series of published by from 1995 to 2001, which lasted 23 quarterly issues and a series of collections.

With a larger page count than typical comics of the time, most issues contained 3 separate stories, with usually featuring in at least one of these. Other stories featured Batman's friends and foes. The additional 4 issues of a quarterly title allowed DC to, along with the 4 existent monthly titles, publish a Batman comic every week of the year.