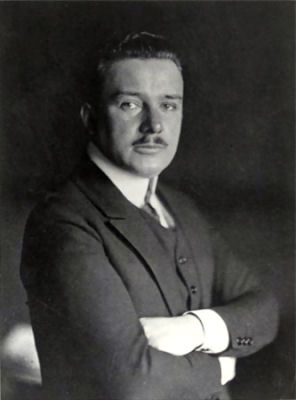 Joseph Maria Olbrich ( &ndash; ) was an n , co-founder of the artistic group.

Olbrich was born in , today in . Olbrich was the third child of the couple and Edmund Aloisia Olbrich born. He had two sisters who died before his birth, and two younger brothers John and Edmund. His father was a prosperous confectioner and wax manufacturer he owned a brick works, which is where Olbrichs interest in the construction industry was awakened early.

He studied at the and won several prizes. In 1893, he started working for and probably did the detailed construction for most of Wagner's (Metropolitan Railway) buildings

In 1897, , , Olbrich, and founded the "" artistic group. Olbrich designed their exhibition building, the famous Secession Hall which became the symbol of the movement.

* The Secession hall, Vienna
* Residence for , Vienna
* and other buildings at ,
* for at