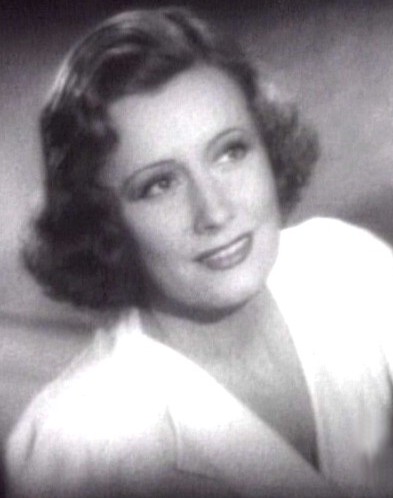 Born Irene Marie Dunne in to Joseph Dunn, a steamboat inspector for the United States government, and Adelaide Henry, a concert pianist/music teacher from Newport, Kentucky, Irene Dunne would later write, "No triumph of either my stage or screen career has ever rivalled the excitement of trips down the Mississippi on the river boats with my father." She was only eleven when her father died in 1909. She saved all of his letters and often remembered and lived by what he told her the night before he died: "Happiness is never an accident. It is the prize we get when we choose wisely from life's great stores."

After her father's death, she, her mother and younger brother Charles moved to her mother's hometown of . Dunne's mother taught her to play the piano as a very small girl. According to Dunne, "Music was as natural as breathing in our house." Nicknamed "Dunnie," she took piano and voice lessons, sang in local churches and high school plays before her graduation in 1916.

She earned a diploma to teach art, but took a chance on a contest and won a prestigious scholarship to the Chicago Musical College. She had hopes of becoming an opera singer, but did not pass an audition with the .

Dunne turned to musical theater, making her Broadway debut in 1922 in 's "". [ [http://www.ibdb.com/production.asp?ID=9171 The Clinging Vine] , Internet Broadway Database] The following year, Dunne played a season of light opera in . Though, in her own words, Dunne created "no great furor," and by 1929 she was playing leading roles in a successful Broadway career, grateful that she was never in the chorus line.

Dunne met her future husband, Francis Griffin, a New York dentist, at a supper dance in New York. Despite differing opinions and battles that raged furiously, Dunne eventually agreed to marry him and leave the theater. They were wed on , .

Dunne's role as Magnolia Hawks in and 's "" was the result of a chance meeting with showman in an elevator the day she returned from her honeymoon. Dunne was discovered by Hollywood while starring with the Chicago company of the musical in 1929. She signed a contract with and appeared in her first movie in 1930, "", an early musical. She moved to Hollywood with her mother and brother, and maintained a long-distance marriage with her husband in New York until he joined her in California in 1936. That year, she re-created her role as Magnolia in what is considered the classic film version of "Show Boat".

Shortly after "" opened, she performed as the opening act on the 1953 showcase in New York City. While in town, she made her first appearance as the mystery guest on "". She made television performances on "", "", and the "", continuing to act until 1962.

Dunne commented in an interview that she had lacked the "terrifying ambition" of some other actresses and said, "I drifted into acting and drifted out. Acting is not everything. Living is." [Shipman, David, "Movie Talk", St Martin's Press, 1988. ISBN; p 37]

In 1957, appointed Dunne one of five alternative U.S. delegates to the United Nations in recognition of her charitable works and interest in conservative Catholic and Republican causes. In her retirement, Dunne devoted herself primarily to civic, philanthropic, and Republican political causes. In 1965, Dunne became a board member of , the first woman ever elected to the board of directors.

Dunne remained married to Dr. Griffin until his death on , . They lived in , California in a Southern plantation-style mansion that they designed. They had one daughter, Mary Frances (née Anna Mary Bush), who was adopted in 1938 from the New York Foundling Hospital, run by the . ["Irene Dunne Adopts Baby: Actress Formally Becomes Foster-Mother of Girl, 4", The New York Times, 17 March 1938, p. 17] Both Dunne and her husband were ordained .

One of her last public appearances was in April 1985, when she attended the dedication of a bust in her honor at St. John's (Roman Catholic) Hospital in Santa Monica, California, for which her foundation, The Irene Dunne Guild, had raised more than $20 million.

Dunne died peacefully at her Holmby Hills home in in 1990, and is entombed in the Calvary Cemetery in . Her personal papers are housed at the .

In 1985, she was awarded the Honors, Lifetime Achievement for a career that spanned three decades and a range of musical theater, the silver screen, Broadway, radio and television. Other honors include the Laetare Medal from Notre Dame University in 1949, the Bellarmine Medal from Bellarmine College in 1965 and Colorado's Women of Achievement in 1968. She has a star on the at 6440 Hollywood Blvd. and displays in the Museum and Center for Motion Picture Study. [, Library, 2000, Gifts of ]