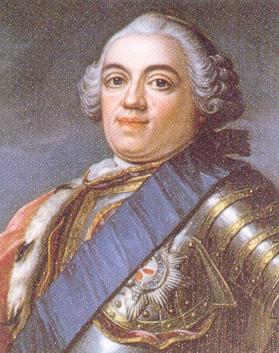 William IV, Prince of Orange and Nassau ( &ndash; ) was the first hereditary of the .

William was born in , The , the son of , head of the Frisian branch of the , and of his wife (or Hesse-Cassel). He was born six weeks after the death of his father.

William succeeded his father as of and also, under the regency of his mother until 1731, as Stadtholder of Groningen. In 1722 he was elected Stadtholder of .

In 1733 William was named a knight of the . On , he married Anne, Princess Royal, eldest daughter of King George II of Great Britain and . William and Anne had five children:

In April 1747 the French army entered . In an effort to quell internal strife amongst the various factions, the appointed William to the hereditary position of General Stadtholder of all seven of the United Provinces. William and his family moved from Leeuwarden to . William first met in 1747, and 2 years later appointed him a field marshal in the Dutch army, which later led to his being one of the regents to William's heir.

Although he had little experience in state affairs, William was at first popular with the people. He stopped the practice of indirect taxation by which independent contractors managed to make large sums for themselves. Nevertheless, he was also a Director-General of the , and his alliance with the class deepened while the disparity between rich and poor grew.

William served as General Stadtholder of all the Netherlands until his death in 1751 at The Hague.