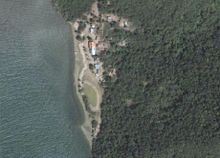 Mapire is a town situated in the Valdez Municipality, in the Sucre state which belongs Venezuela The town is situated 24 kilometers from Guiria capital of the Municipality Paria..

This beautiful cove is settlement of several fishermen families, has a small river that supply the population the vital liquid,This Bay is open towards the south , The beach is 100 meters long

Ubication: In the south coast of the Paria Peninsula, 4 kilometers to the west of Puerto de Hierro

The story told by José stronghold Logan (historian, singer, poet and farmer), says that were families GARCIA, GONZALEZ. VILLALVA and BLANC, the first inhabitants of the town, dedicated to working the land, specifically the cultivation of cocoa.

How to get there?

To Mapire is reached from Guiria by sea route an hour (by boat or otherwise) or via land road vehicles suitable for large and small, to Salina, Campo santo, Juan Pedro and other coastal hamlets

Mapire has a stunning beach, in harmony with mountain ranges, slopes encarpadas itself wrapped by a mountain climate. In Mapire its inhabitants are divided into two sectors.La Playa (beach) and El Cerro (the hill). in the beach fishing of (snapper, mullet, Moor, etc.)is Performed, woodworking (making fishing boats) and dry cocoa produced in the estates. In the Hill have settled most of the families find the school, the chapel of the town and the river Mapire, water source and meeting area for residents.