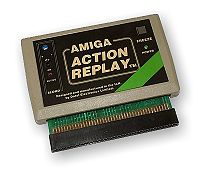 Action Replay cartridge for the Amiga 500 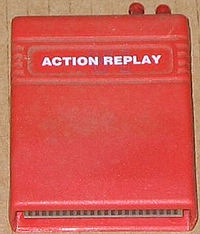 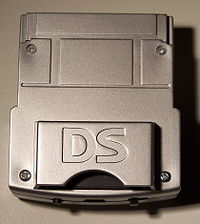 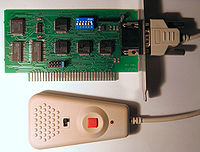 Datel, the maker of Action Replay, has received several criticisms from the gaming world over its products. One of the most frequent complaints is the so-called "planned obsolescence" where codes for a just-released game require the most recent version of the cheat software.

Datel as of now[citation needed] has encrypted the codes on the Action Replay for PS2, GC and GBA; this was meant to stop hackers from translating its codes for use in other cheating devices, but it prevents users from making their own codes for their games. It also prevents the creation of codes using a template. There is, however, a program called 'GCNCrypt' that decrypts and encrypts Action Replay codes for the Nintendo GameCube, making editing and hacking of codes possible. Cheat codes normally involve a memory address, a value, and sometimes a trigger that says when the code is activated (always on, on at the start, on after a certain button press); because of this, for some games it is possible to create a code template, and derive hundreds of codes by modifying the values. For example, in a role-playing game, one can use a code template and a table of values to create a code that will give any character, any piece of equipment in the game. By encrypting the codes, it is not possible to use such a template, and any code must be created and distributed by Datel; because of the sheer number of codes that can be created in this fashion, it is not plausible for Datel to release a list of codes with this versatility. A new Action Replay for the DS, which allows cheat codes (the previous Action Replay only managed game saves), uses unencrypted codes, and has a trainer toolkit available that allows users to create their own codes.

Action Replay codes allow access to game features not normally available to players. One notorious example is the "Hot Coffee" mod for Grand Theft Auto: San Andreas which allowed users to access an incomplete simulation of sexual intercourse that was removed from the game before release, but for which code remained in the game. Rockstar Games, the creators of the game, came under heavy criticism for releasing the game with the code in it, despite it not normally being accessible, which was soon patched by Rockstar.

Cheating in online games is also usually frowned upon, with game companies making efforts to prevent and detect it. However, with an Action Replay it is possible to cheat without being detected, or in a game for which there is normally no way to cheat. Examples include Phantasy Star Online for the Dreamcast, in which it was possible to manufacture items using an Action Replay in the offline mode, and then carry them over to the online mode undetectably. There was no way to determine if the item had been manufactured or legitimately won. Of course, it is also possible for the Action Replay to disable anti-cheating code or otherwise prevent detection, however since most modern versions only allow codes to be created by Datel and they have so far not taken this route, there are no such --- for current generation systems.

Other criticisms include the loss of data and or progress when using Action Replay. Entering an inappropriate or wrong code may not cause a noticeable loss in the area of play, however the data error takes effect after the Action Replay is removed from the users' system.[citation needed]

The ISA based Action Replay needed memory resident drivers for real and protected mode. The card had a grabber, trainer and a slowdown feature. It could also interrupt the current game or save it to disk (freezer).

Models running firmware 4.0 and beyond use EEPROM instead of ROM and thus are upgradable [1]