Church Society is a conservative evangelical Anglican organisation, and registered charity,[1] formed in 1950 by the merger of the Anglican Church Association (founded 1865) and National Church League[2] (founded 1906 by amalgamation of two earlier bodies).[3] [4] [5] 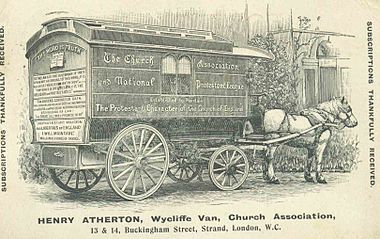 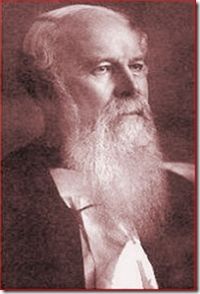 The original forebear of the Church Society was the Protestant Association[9] (founded 1835). The forebears of the Society were established in the 19th Century to oppose the introduction of Anglo-Catholic doctrine into the Church of England through bodies such as the Oxford Movement and The Church Union.

The Church Association, founded in 1865 by Richard P. Blakeney[10], stated in its first annual report[11] that the objectives of the Association were:

“To uphold the principles and order of the United Church of England and Ireland, and to counteract the efforts now being made to assimilate her services to those of the Church of Rome."

As well as publishing information (including its Church Association Tracts[12]) and holding public meetings[13], controversially, this also involved instigating legal action against Anglo-Catholics. According to the Association this was intended to clarify the law[14] [15], however the ritualists refusal to comply with the courts verdicts, coupled with the bishops unwillingness to act, eventually led to such legal action not being pursued.[16]

In 1928 the National Church League, led by its treasurer William Joynson-Hicks[17] (Home Secretary), was successful in Parliament in resisting attempted Anglo-Catholic doctrinal change to the 1928 Prayer Book[18] [19].

The Society (and its forebears) have published theological literature since the 19th Century, including the Church Association Tracts (several of which were written by J. C. Ryle), and its journal, Churchman. Most of the Society's 20th Century titles, including works by W. H. Griffith Thomas, (pictured below) were produced under its publishing arm, Church Book Room Press (CBRP), and from the 1970s, Vine Books[20] [21].

In 1950 the Church Association and National Church League merged to form Church Society. 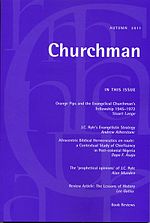 According to its website the Society seeks to uphold its objectives through campaigning, patronage, publishing, conferences and the administration of charitable trusts and properties.[22]

According to its Memorandum[23] the main objective of Church Society is: To maintain the doctrine and worship of the Church of England as set forth in the 39 Articles of Religion, and the Book of Common Prayer [pictured], as reviewed and adopted in 1662, and to uphold the supreme and exclusive sufficiency and authority of Holy Scripture as containing all things necessary for salvation.

The Society issues occasional press releases which, according to its website, seeks to present 'a clear biblical perspective on issues affecting both the Church of England and the nation'.[24] The Society has been active in opposing women's ordination (it failed in its legal attempt to overturn the 1992 decision to ordain women as priests[25]) and consecration as bishops[26] [27]. It has also taken a conservative position among Anglican views of homosexuality[28] which led to it opposing the appointment of the current Archbishop of Canterbury, Rowan Williams,[29] [30] and also the appointment of Jeffrey John as Dean of St Albans.[31] [32] The Society also works with other Christian groups on issues of similar interest, including Reform[33] [34] and the Protestant Truth Society.[35] [36] The Society has also critiqued inter-denominational theological movements including theological liberalism[37] and some aspects of the charismatic movement.[38] [39] 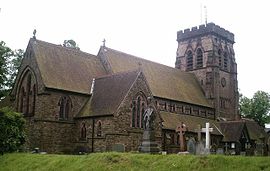 Through its patronage body Church Society Trust [40] (prior to 1950, Church Association Trust[41]) the Society is involved in the appointment of evangelical clergy in 117 Anglican churches, including St John the Baptist, Hartford[42] Cheshire (pictured), and Christ Church, Dusseldorf[43] [44]

W. H. Griffith Thomas, author of The Principles of Theology, an exposition of the Thirty-Nine Articles.

The Society today publishes its journal Churchman (pictured)[45] [46], members' magazine Cross†Way [47] [48]; An English Prayer Book [49] (a contemporary Anglican liturgy in the tradition of the Book of Common Prayer); and The Principles of Theology [50] [51] (an exposition of the Thirty-Nine Articles by W.H. Griffith Thomas). In 2010 the Society established the Reformed Evangelical Anglican Library (REAL)[52] - a project to re-publish evangelical Anglican texts from past Anglicans (including the sermons of George Whitefield[53]).

The Society's administration of charitable trusts and properties includes a fund to provide financial support for convalescing children[54] [55] and a fund to assist Anglican Ordinands[56]. The Society developed the youth network CYFA and Pathfinders and also co-ordinated the work of Diocesan Evangelical Unions/Fellowships[57]. The Society holds an annual conference and other occasional meetings.[58] [59] The Society is run by an elected council[60] (voted by its members annually), the President of the Society is Viscount Brentford. After previously being located in central London, the Society's headquarters are now situated at Dean Wace House, Watford, UK.