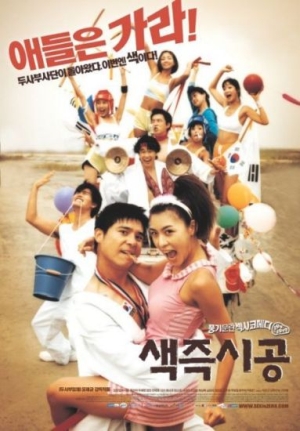 "Sex Is Zero" (색즉시공, "Saekjeuk shigong") is a 2002 South Korean film written and directed by , starring Im Chang-jeong, and . In the style of American gross-out comedies like "American Pie", it follows the exploits of a group of college students, which eventually takes a serious turn. "Sex Is Zero" sold over four million tickets in South Korea, making it the fifth most popular film of 2002. [ [http://koreanfilm.org/kfilm02.html Korean Movie Reviews for 2002] , "Koreanfilm.org". Retrieved on , .]

A sequel, "", was released in December 2007, starring most of the original cast.