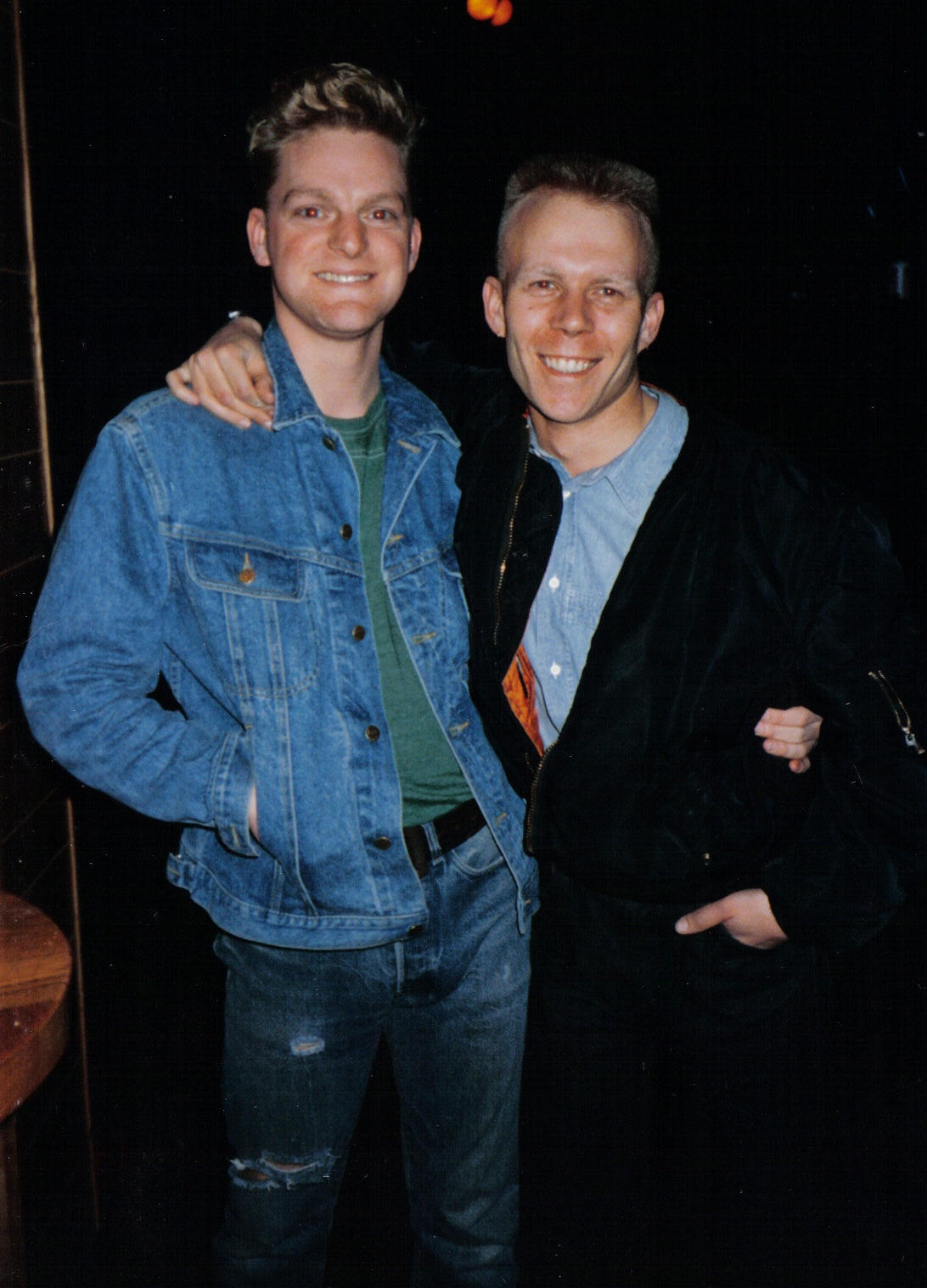 Erasure are an English duo formed by and and Andy Bell in 1985. It was the third successful pop group co-formed by Clarke ( and Yazoo being the first two). Erasure released twenty-four consecutive Top 20 hits in the United Kingdom and sold 25 million albums worldwide [. [http://remixmag.com/mag/remix_erasure/ Erasure ] ] The band also enjoys popularity within the community, with openly homosexual Andy Bell being regarded a . [ [http://outandaboutnewspaper.com/article.php?id=468 Out & About - Living: Erasure gay icon Andy Bell talks with O&AN ] ]

In the mid-1980s, Vince Clarke placed an in "", looking for a vocalist for a new musical project. He selected Andy Bell, who was the 43rd to audition.

Erasure's first three singles were commercial failures in the UK, although the third, "", charted well in and some European countries (especially in , where it still remains Erasure's only hit to date). Their fourth single, "Sometimes", peaked at number 2 and spent many weeks in the UK Top 40. The album "The Circus", turned platinum in the UK with three additional hit singles - "", "Victim of Love" and "The Circus". It remained on the charts for over a year.

The third album, "The Innocents", was released in 1988. Preceded by the Top 10 single "Ship of Fools", the album hit number one in the UK on its initial release and returned to popularity a year later, eventually going triple platinum. It also turned platinum in the U.S., generating two Top 20 hits in "Chains of Love" and "".

"The Innocents" was the first of five consecutive number one albums for Erasure in the UK - an achievement unmatched by any of their contemporaries.Fact|date=May 2008 "" in 1989 and "Chorus" in 1991 both contained four Top 20 singles.

In late 1988, an EP, "", led by the song "Stop!", hit number two in the UK singles chart. This was bettered in 1992 by another EP, "", covering four hits, which became Erasure's first number one in the . Later that year, a singles compilation, "", also hit number one and went triple platinum.

In 1994, Erasure released "", their fifth consecutive number one in the . Its first single "Always" became the band's third Top 20 hit in the United States.

The 1995 release of the album "Erasure" marked a determined shift away from their signature three minute synth-pop to a more introspective sound. Or|date=May 2008

In spite of a return to three minute pop songs, the 1997 album "Cowboy" did not restore the success of their 1986-1994 era. "Cowboy" enjoyed a short-lived success, peaking at number ten in the UK but lasted only two weeks on the UK Top 40.

The 2003 release "" was a collection of s such as the first single from the album, 's song "Solsbury Hill" which reached number ten in the UK Singles Chart. Erasure were invited to perform on "" for the first time since March 1997.Fact|date=May 2008

Erasure's 2005 album ""'s first single, "Breathe", reached number four in the UK charts (their first Top 5 hit in more than a decade) and achieved the number one position on the U.S. Dance Chart, eighteen years after their first chart-topper. The next single, "," enabled purchasers to configure their own remixes of the single through the band's website, with each variant of the song limited to a single download.Fact|date=May 2008

"Union Street" was a 2006 side-project which featured a collection of previously released album tracks that the band reinterpreted in an acoustic/ style. The album was named after the in where it was recorded.Fact|date=May 2008

The duo then released a more 'dance oriented' album than some of their more recent work. Titled "", the album was produced by Gareth Jones and was released on in the UK, and in North America the following day. The album was preceded by its first single "" in April and a second single, "Sunday Girl", was released in June. [ [http://www.side-line.com/news_comments.php?id=23656_0_2_0_C New Erasure single "Sunday Girl" out now] ] .

Vince Clarke has stated in radio interviews that the band wants to complete the concept album of that they have been working on for some time. [ [http://www.erasure.ru/eng/interview08.html Interview with Erasure] ]

Vince Clarke said in an interview coinciding with the reunion of Yazoo with Alison Moyet, that Andy Bell is writing new material for a solo album with Stephen Hague (who Erasure worked with in 1988 on 'The Innocents' album) which will be released later this year and that Erasure will begin writing new material in middle of 2009. [ [http://www.erasureinfo.com/features/interviews.html Interview on erasureinfo.com] ]

During the summer of 2007 Erasure was a part of the multi-artist True Colors Tour [ [http://www.truecolorstour.com True Colors Tour | Home ] ] , which travelled through 15 cities in the United States and Canada. The tour, sponsored by the Logo channel, began on , 2007. Hosted by comedian and headlined by , the tour also included , , , , The MisShapes, , , and other special guests. Profits from the tour helped to benefit the as well as and The .

Erasure performed alongside many of the other guests for the encore song, "True Colors".