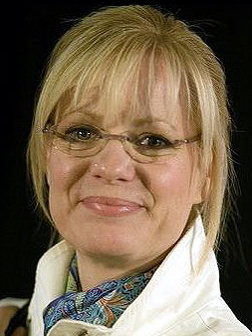 Hunt was born in ., the daughter of Alice, a homemaker, and Bob Hunt, an . [ [http://www.filmreference.com/film/6/Bonnie-Hunt.html Bonnie Hunt Biography (1964?-) ] ] She was raised in a large family, [ [http://nl.newsbank.com/nl-search/we/Archives?p_product=CSTB&p_theme=cstb&p_action=search&p_maxdocs=200&p_topdoc=1&p_text_direct-0=0EB373A952BEE9E4&p_field_direct-0=document_id&p_perpage=10&p_sort=YMD_date:D&s_trackval=GooglePM Chicago Sun-Times:: Search ] ] and has three older brothers, Patrick, Kevin, and Tom, two older sisters, Cathy and Carol, and one younger sister, Mary. Hunt was educated in schools and attended St. Ferdinand Grammar School and in Chicago.

In 1982, Hunt worked as a oncology at in Chicago. In 1984, she co-founded "An Impulsive Thing", an troupe, with , and John Gripentrog. Hunt also performed as a member of Chicago's world-famous , joining in 1986.

Hunt is said to have refused to become a cast member of "" because the show's producers generally frowned on her preferred improvisational style. In 1992, she turned down a higher-paying role on "" to co-star in "Davis Rules" with , , and .

In 1993, Hunt teamed with good friend to produce "The Building", a short-lived that was modeled after early-1950s television shows. The show was also filmed live; mistakes, accidents, and forgotten lines were often left in the aired episode. Hunt reportedly declined the female lead in the series "", which went to (no relation).

Hunt and Letterman re-teamed in 1995 with "The Bonnie Hunt Show" (later retitled "Bonnie"), which featured many of the same cast members as "The Building" and the same loose style. The show was praised by critics but soon canceled. In 2002, Hunt returned to television with "", a show known for clean and offbeat humor. Her role on that show earned her a 2004 Emmy nomination, her first. Despite fair ratings, the show was canceled in its second season. Hunt announced on "" that ABC had offered her another sitcom, in which she played a divorced . This pilot, "Let Go" (also known as "Crimes and Dating"), was not picked up for the fall 2006 schedule.

Hunt served as screenwriter, director and supporting actress for the 2000 film "", a romantic comedy starring and . It was filmed in her Chicago neighborhood and included bit parts for a number of her relatives.

A recognizable film actress, Hunt has starred opposite in the popular children's films "Beethoven" and "", with in the hit "", with in "Jumanji" as well as opposite in "Cheaper by the Dozen" and its sequel. Hunt not only starred as the voice of in Pixar's "Cars" but received a writing credit on the film as well.

In June 2007, Hunt taped a pilot for . The pilot was picked up by NBC Universal for broadcast on its NBC-owned stations as well as for syndication to other broadcast and cable outlets; again her show is titled "". She began her foray into the competitive daytime market in September of 2008. The pilot took place in the same studio as "" and guest-starred DeGeneres. Hunt's brother was asked medical questions in a segment called "Ask Dr. Hunt." The pilot also featured , the author of "". [ [http://www.broadcastingcable.com/article/CA6452458.html Studios: A Busy Week - 6/18/2007 - Broadcasting & Cable ] ] In September 2007, announced a two-year commitment for the program. [ [http://www.mediaweek.com/mw/news/recent_display.jsp?vnu_content_id=1003648202 'Bonnie Hunt' Gets NBC O&Os Green-Light ] ]

Hunt married investment banker John Murphy in 1988. However, during her June 6, 2006, appearance on "", she mentioned that she is single again.

Hunt is a lifelong Chicago Cubs fan, having not missed an Opening Day at Wrigley Field since 1977. She is also a supporter of the where she is an honorary board member. [ [http://www.multiplemyeloma.org/foundation/1.05.php MMRF Honorary Board] ]