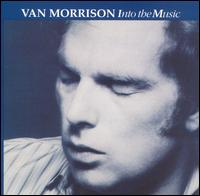 As was often the case with Morrison, the album draws on a variety of styles, from New Orleans R&B to Philly soul and Celtic folk, and the featured soloists are saxophonist and violinist Toni Marcus. On first release this album was hailed as a "comeback" after two lacklustre releases. Its reputation has since grown and now it is often regarded as among Morrison's greatest albums.

The songs were mostly written while Morrison was staying with Herbie Armstrong in the village of Epwell, , and the sense of place is reflected in the spirit of the music. During this time, he would often walk through the fields with his guitar making up songs. [Turner, It's Too Late to Stop Now, p. 141-142]

The healing power of music would be subtly introduced on "" and would be a continuing theme in his music. Most of the songs were a celebration of love and life especially "Troubadours", "Steppin' Out Queen" and "". [Rogan, No Surrender, p. 327]

reviewer Jay Cocks concludes: "That's what this album is about, proudly and stunningly and with no apologies. Resurrection. Real Hope."

described the album's nocturnal, balladic second side suite as "the greatest side of music Morrison has created since "". The suite is also notable for its interpolation of an elegiac version of the fifties pop hit "", the only #1 single to ever be co-written by a .

The opening track, "" was a successful single in the UK, where the album charted at #12.

The , re-issued and re-mastered version of the album contains alternative takes of "Steppin' Out Queen" and "Troubadours". [ [http://www.vanmorrison.co.uk/?m=Content&Content(record_id)=9e7f77a8944fa52fb858a13add2752e0 Van Morrison Official Website] ]

Morrison on "Into the Music"

All songs written by , unless noted.