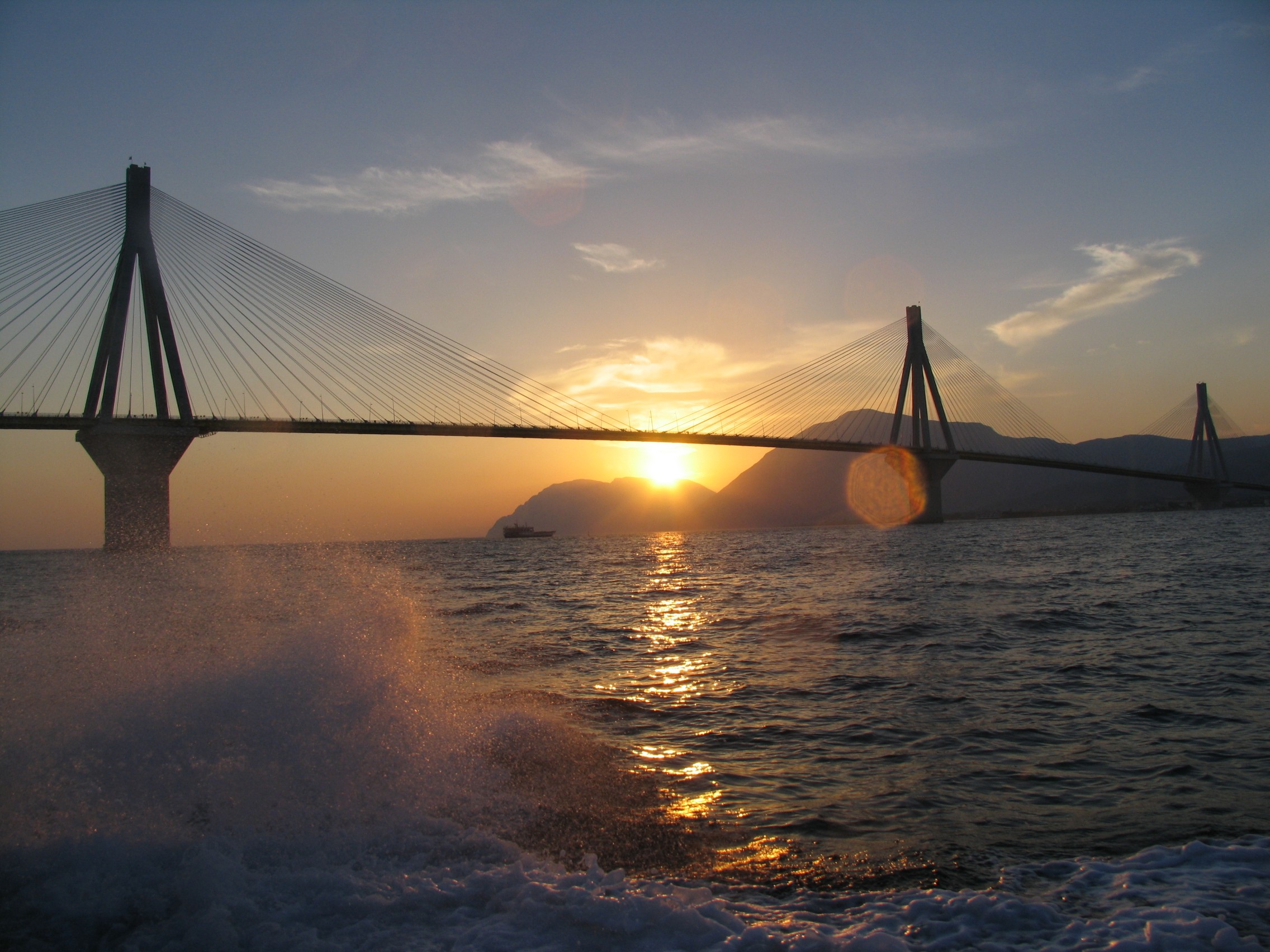 The cable-stay design is the optimum bridge for a span length between that of s and s. Within this range of span lengths a suspension bridge would require a great deal more cable, while a full cantilever bridge would require considerably more material and be substantially heavier. Of course, such assertions are not absolute for all cases.

Cable-stayed bridges can be dated back to the 1784 design of a timber bridge by German carpenter C.T. Loescher. Many early suspension bridges were of hybrid suspension and cable-stayed construction, including the 1817 footbridge at Dryburgh Abbey, and the later Albert Bridge (1872) and (1883). Their designers found that the combination of technologies created a stiffer bridge, and took particular advantage of this to limit deformations due to railway loads in the .

The earliest known example of a true cable-stayed bridge in the United States is E.E. Runyon's extant steel (or perhaps iron) bridge with wooden stringers and decking in Bluff Dale, Texas (1890). [cite web
title= Bluff Dale Suspension Bridge
work=
publisher=
url= http://hdl.loc.gov/loc.pnp/hhh.tx0762] In the twentieth century, early examples of cable-stayed bridges included A. Gisclard's unusual Cassagnes bridge (1899), where the horizontal part of the cable forces is balanced by a separate horizontal tie cable, preventing significant compression in the deck, and G. Leinekugel le Coq's bridge at Lezardrieux in Brittany (1924). designed a cable-stayed aqueduct at Tempul in 1926.

Other key pioneers included , and . Early bridges from this period used very few stay cables, as in the Theodor Heuss Bridge (1958). However, this involves substantial erection costs, and more modern structures tend to use many more cables to ensure greater economy.

A multiple-tower cable-stayed bridge may appear similar to a , but in fact is very different in principle and in the method of construction. In the suspension bridge, a large cable is made up by "spinning" small diameter wires between two towers, and at each end to anchorages into the ground or to a massive structure. These cables form the primary load-bearing structure for the bridge deck. Before the deck is installed, the cables are under tension from only their own weight. Smaller cables or rods are then suspended from the main cable, and used to support the load of the bridge deck, which is lifted in sections and attached to the suspender cables. As this is done the tension in the cables increases, as it does with the of vehicles or persons crossing the bridge. The tension on the cables must be transferred to the earth by the anchorages, which are sometimes difficult to construct due to poor soil conditions.In the cable-stayed bridge, the towers form the primary load-bearing structure. A cantilever approach is often used for support of the bridge deck near the towers, but areas further from them are supported by cables running directly to the towers. This has the disadvantage, compared to the suspension bridge, that the cables pull to the sides as opposed to directly up, requiring the bridge deck to be stronger to resist the resulting horizontal compression loads; but has the advantage of not requiring firm anchorages to resist a horizontal pull of the cables, as in the suspension bridge. All static horizontal forces are balanced so that the supporting tower does not tend to tilt or slide, needing only to resist such forces from the live loads.

Key advantages of the cable-stayed form are as follows:
* much greater stiffness than the suspension bridge, so that deformations of the deck under live loads are reduced
* can be constructed by cantilevering out from the tower - the cables act both as temporary and permanent supports to the bridge deck
* for a symmetrical bridge (i.e. spans on either side of the tower are the same), the horizontal forces balance and large ground anchorages are not required

A uses a central tower supported on only one side. The example shown in that article is not significantly different in structure from a conventional cable-stayed bridge, although this concept could allow the construction of a curved bridge.

Far more radical in its structure, the is a pedestrian bridge that uses a single cantilever spar on one side of the span, with cables on one side only to support the bridge deck. Unlike the other cable stayed types shown this bridge exerts considerable overturning force upon its foundation and the spar must resist the bending caused by the cables, as the cable forces are not balanced by opposing cables. The spar of this particular bridge forms the of a large garden . Related bridges by the architect include the (1992), (2001), and (2008).

In a 2-span or 3-span cable-stay bridge, the loads from the main spans are normally anchored back to near the end s by stays in the end spans. For more spans, this isn't the case, and the bridge structure is less stiff overall. This can create difficulties both in the design of the deck and the pylons.Examples of multiple span structures where this is the case include , where additional 'cross-bracing' stays are used to stabilise the pylons; and , where twin-legged towers are used; and , where very stiff multi-legged frame towers were adopted. A similar situation with a suspension bridge is found at both the and where additional anchorage piers are required after every set of three suspension spans - this solution can also be adopted for cable-stayed bridges. [cite journal
last= Virlogeux
first= Michel
title= Bridges with multiple cable-stayed spans
journal= Structural Engineering International
date= 2001-02-01
volume= 11
issue= 1
pages= 61–82
url= http://www.ingentaconnect.com/content/iabse/sei/2001/00000011/00000001/art00014
accessdate= 2008-03-08]

The is a cable-stayed bridge but with a more substantial bridge deck that being stiffer and stronger allows the cables to be omitted close to the tower and for the towers to be lower in proportion to the span.

A cradle system carries the strands within the stays from bridge deck to bridge deck, as a continuous element, eliminating anchorages in the pylons. Each epoxy-coated steel strand is carried inside the cradle in a one-inch steel tube. Each strand acts independently, allowing for removal, inspection and replacement of individual strands. The first two such bridges are the , completed 2007, and the , completed 2006. [cite press release
publisher= American Society of Civil Engineers
url= http://news.thomasnet.com/companystory/515472
title= Bridging To The Future Of Engineering
date= 2007-03-12
accessdate= 2008-03-08]

A has some similarity in principle to the cable stayed type in that tension forces that prevent the deck from dropping are converted into compression forces vertically in the tower and horizontally along the deck structure. It is also related to the in having arcuate main cables with suspender cables, although the self-anchored type lacks the heavy cable anchorages of the ordinary suspension bridge. Unlike either a cable stayed bridge or a suspension bridge, the self-anchored suspension bridge must be supported by during construction and so it is more expensive to construct.