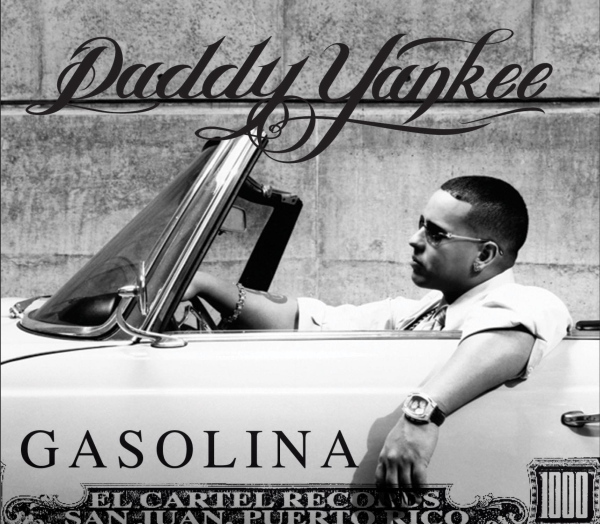 "Gasolina" ("Gasoline" in Spanish), is a song written by and for Daddy Yankee's 2004 album "". It features Glory, who sings the line "Dame más gasolina" (Give me more gasoline).

The song was released as the album's in late 2004 and became a reggaeton mega-hit, peaking inside the top ten on the majority of the charts it entered. In Australia and the United States, "Gasolina" was certified platinum, and it received various nominations for awards including, Record of the Year at the .

The song was successfully covered in 2005 by Papa A.P.

Gasolina is one of the songs attributed with opening the door for reggaeton to become such a powerful force in the North American mainstream music scene. Other successful reggaeton songs were and . Gasolina stayed true to reggaeton’s musical stylings of synthesized beats yet had a catchy enough chorus for a bilingual, multi-racial, and socio-economically diverse following to develop.

Uses in the media and live performances

* During his performance at the 2005 Premios "Lo Nuestro", Daddy Yankee came into the show in a red , which was pulled down from the roof of in Miami, while singing "Gasolina". This moment was voted as the best moment of the show by online voters at 's .

In 2005, Papa A.P. covered the song on his album "Assesina" and his version was charted at the same time as the original one by Daddy Yankee. In France, this version was more successful, peaking at #8. The radio mix version also features one his next single "Entre tu y yo (Entre toi et moi)".