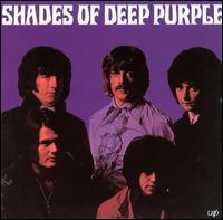 As revealed in the miniseries "", Lennon wrote the lyrics of the song to express his stress coming from the quick rise to a massive level of success for The Beatles after years of obscurity. The rest of the band felt somehow surprised learning this, but they considered it normal. Since Lennon's feelings of insecurity were incongruous with the band's image of confidence, Lennon felt it was nearly impossible for the fans to understand the origin of the song. "I was fat and depressed and I "was" crying out for 'Help'," Lennon told "". [Bob Spitz, "The Beatles", p. 555.] Writer describes the song as the "first crack in the protective shell" Lennon had built around his fragile emotions during the Beatles' rise to fame, and an important milestone in his songwriting style.

The Beatles recorded Help! in 12 takes on 1965, in Abbey Road's Studio Two. The first eight takes were without vocals. Onto the final attempt the group overdubbed vocals, tambourine and the guitar fills at the end of each chorus, the latter played by George Harrison. [ [http://www.beatlesbible.com/songs/help/ The Beatles Bible: Help!] Retrieved 9 October 2008]

The single and versions of the song have slight differences. The American version begins with a -style .

*In 1968, recorded a cover version (greatly slowed-down) of the song on their album "". Consistent with Lennon's other remarks about the song, he said that this version was 'the way the Beatles' should have done it'.Fact|date=August 2008
*In 1970, the Carpenters did a cover version for release on their album, "Close to You". It was not released as a single.
*In 1976, covered it for the ephemeral musical documentary "". John Lennon once stated that this was his favourite version of the song. George and Paul do backing vocals.
*In 1976, covered the song for the B-side of "".
*In 1980, Australian vocalist released the song as a piano-based ballad recorded at a much slower tempo.
*In 1985, reportedly paid $100,000 for the use of the song in commercials promoting their product line. This was the first time a song was used for a national commercial campaign.
*In early 1984, released a version of the song recorded with as the follow-up to her successful cover of 's "Let's Stay Together". "Help!" peaked at #40 in the U.K. but went relatively unnoticed elsewhere. The following single "" became her big comeback and "Let's Stay Together" and "What's Love Got to Do With It" were later both included on her multiplatinum selling album "" - her ballad version of "Help!" was however only included on the European editions of the album.
* played it often during their 1986 and 1987 at a slower tempo.
*In 1989, the song was recorded by British girl group alongside and and released as the official Red Nose Day single to raise money for Comic Relief. French, Saunders and Burke were credited as Lananeeneenoonoo (a paraody of Bananarama who they had imitated in the French & Saunders television programme). This version reached #3 in the charts.
* performed the song at a concert near the Berlin Wall in 1989. He performed Help the same way recorded Help back in 1980. Marx never recorded it.
* performed it at certain Oasis concerts at a slower tempo.
* also slowed it down a bit when he played it during his 1990 concert tour as part of a tribute to Lennon.
*"Help!" has also been covered by , , , , , , , McFly, and .
*In 1991, the Finnish metal band covered Help! on their debut album, Monk Punk.
*In 1998 did a Punk cover of this song on their first album.
*In 1999, British jazz singer Claire Martin recorded a slowed-down cover on her album "Take My Heart" with Noel Gallagher on guitar.
*In 2000, and covered "Help!" on their Beatles' cover album, "A Hard Day's Night".
* In 2003 recorded a of "Help!" called Smelt which is on on his Words of Cheese and Other Parrot Trees CD now at .
*In 2007, Rapper, , sampled the song's chorus for his new official mixtape entitled, . The song was replaced on The Leak, however, and was instead put on various underground mixtapes.
*French artist , previously of , covered the song on his 2005-2006 tour, along with another Beatles song, "".

*American author frequently references this song in his novel "."
*Featured in "Cutting it Close", an episode of "", when breaks both of his arms in a motorcycle accident and has to adjust to a life where he always needs assistance.
*Mentioned in the film Yellow Submarine; when Young Fred is knocking on the Beatles' door, he says "Won't you please, please help me?" in reference to the song's lyrics.
*In the episode "Meet the Beat-Alls", a military sergeant said "Help, we need somebody, help, not just anybody, help, we need the Powerpuff Girls." The sergeant himself may be a reference to .
*In the episode , Mickey Pearce sings "Won't you please, please help me?" to a sleeping Albert, prompting Albert to tell him to "Get off, you noisy little git!" However, the version playing on the radio as Mickey sings is the Bananarama cover version rather than the original.