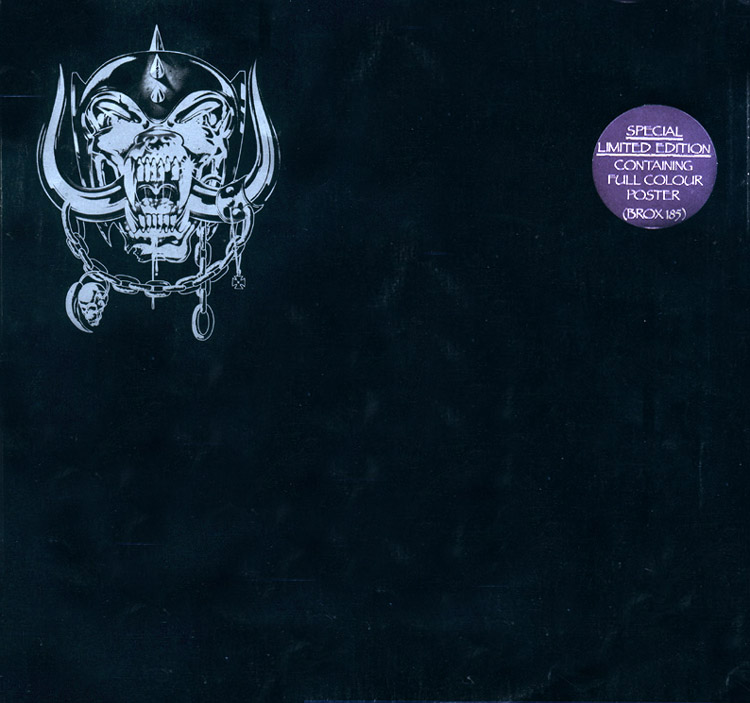 Its B-side is "Under the Knife", the 12" vinyls have a bonus track "Under the Knife" (a different song) and a free colour poster. The title song is taken from the compilation album. Bronze Records also issued a shaped picture disc (approx 12") version of the 7" vinyl release, depicting the band's logo, some lapses in quality control allowed through a number of pressings that play King Kurt on the 'B' side. [Burridge, Alan "Illustrated Collector's Guide to Motörhead" Published: 1995, Collector's Guide Publishing ISBN 0-9695736-2-6.]

To assist its promotion in the States, Bronze/Island pressed a 12" radio play edition, with identical versions of "Killed by Death" on both sides of the vinyl, so that disc jockeys couldn't play the wrong track by mistake. It is one of the hardest Motörhead items of all to track down. [cite journal |quotes= |last=Burridge |first=Alan |authorlink= |coauthors=Mick Stevenson |year=1993 |month=July |title=Motörhead |journal= |volume= |issue=167 |pages=73 and 75 |id= |url= |accessdate= ] There is also a video made for the track.

The original song is not included on any official release albums except the compilation album 'No Remorse', along with three other new songs, 'Snaggletooth', 'Steal Your Face' and 'Locomotive'. It is included on several other retrospective budget-release compilations and on live albums such as 'No Sleep At All'.

Despite relatively high profile exposure on TV programmes such as 's "The Tube", the single failed to make any significant impression on a UK Chart saturated with s. This proved particularly disappointing to Lemmy, who at live shows regularly made jokey references about its lack of sales.Fact|date=January 2008

The song itself has been a mainstay of live performances since release. As with many Motorhead songs, the lyrics show Lemmy's skill at composing songs which are at the same time menacing and tongue-in-cheek. Another common theme is Lemmy's use of animal images. Phrases such as "If you squeeze my lizard, I'll put my snake on you, I'm a romantic adventure, And I'm a reptile too" recall the song 'Love me Like a Reptile' from the earlier Ace of Spades album. The second verse also contains the line, "I'm a lone-wolf ligger".

All tracks written by , , Campbell, and .

* [http://www.imotorhead.com/discography/albums8.htm Sample of the song at the Motörhead Official Site] ( required).