Fish Out of Water (album)

Fish Out of Water (album) 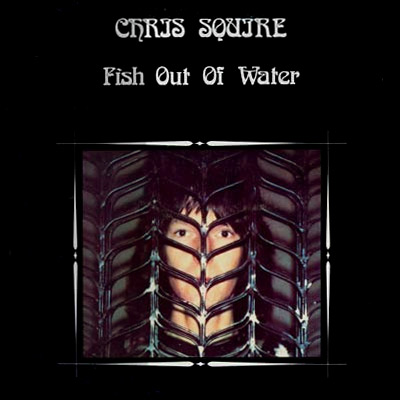 "Fish Out of Water" is the title of musician 's first solo . It was released in 1975 during a break between duties for his band Yes. , , and other members of Yes in its various incarnations contribute to the record, while Squire employs his signature bass skills as well as performance of all guitars and vocals. The album is in the same vein as the Yes album of the previous year, "", though the sound is more fleshed out with the help of a full orchestra and the context of "Lucky Seven".

Squire's staple thematic oratorios appear on this album. First, "Fish" (his ) appears in the title (being "...Out of Water" referring to being out of the usual Yes oeuvre); second, the number seven, manifested as the seven-minute, 7/8 piece "Lucky Seven".

The first track begins with a short fanfare style introduction played on the organ at St Paul's Cathedral, London by the cathedral organist Barry Rose. The organ continues throughout the song creating an original sound and revealing Squire's experience as a church chorister in his boyhood. Much of the keyboard work on the album is by , Squire's former bandmate in .

It had been out-of-print outside and Europe, but was reissued by on . Subsequently, a deluxe edition of the album was released on , on Squire's own label, Stone Ghost Records, distributed by Castle/. The album was remastered and features as bonus material a DVD with promo videos and commentary and interviews with Chris Squire.