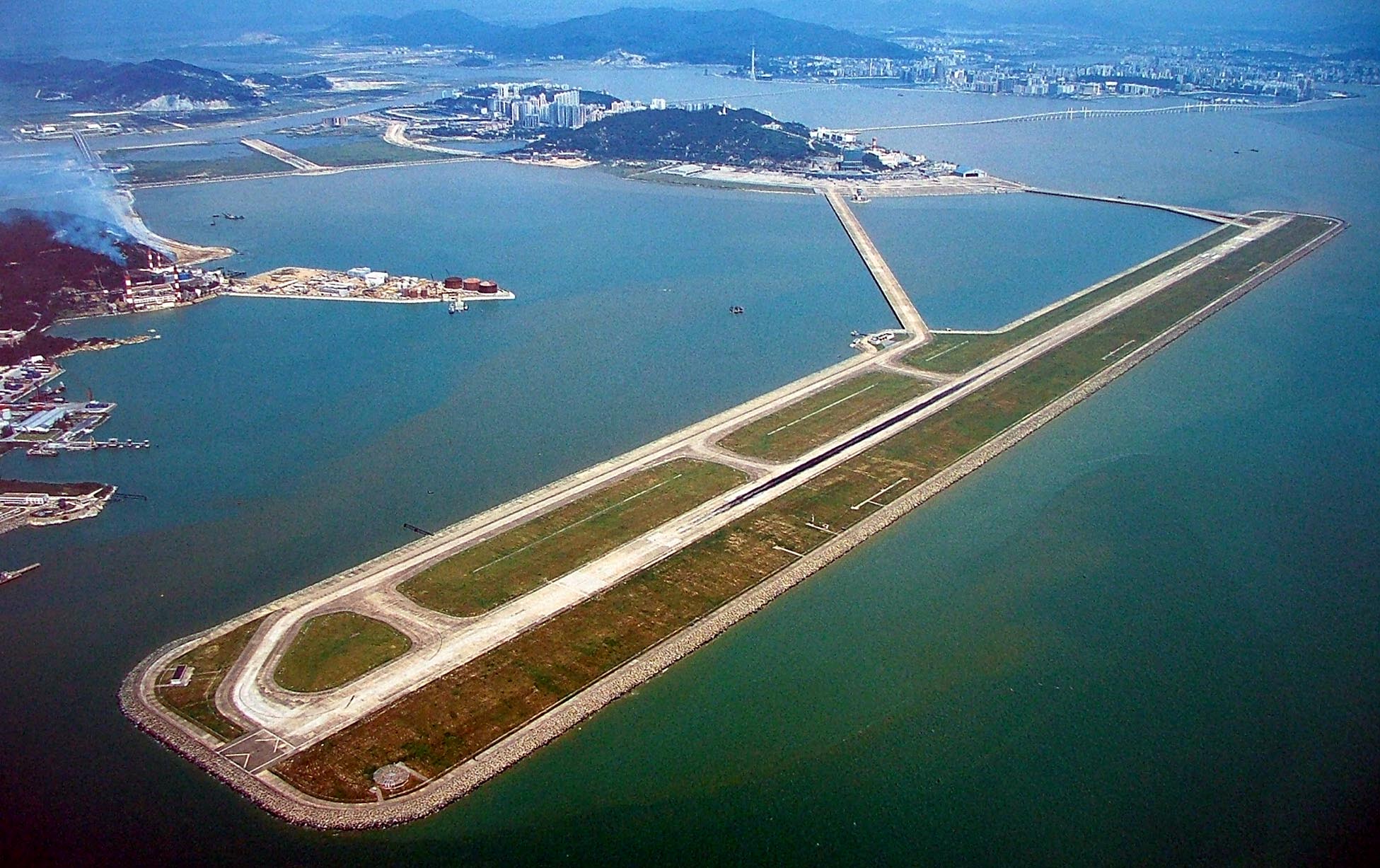 Macau International Airport (zh-t|t=澳門國際機場, _pt. Aeroporto Internacional de Macau), situated at the eastern end of and neighbouring waters, is the only airport in , which opened for commercial operations in November 1995. Since then the airport has been a common transfer point for people traveling between and Taiwan, as well as a passenger hub for destinations in China and . During 2006, the airport handled 5 million passengers and 220,000 tonnes of cargo.

The airport was opened in November 1995, during Portuguese rule. Before then the territory only had 2 temporary airports for small aeroplanes, in addition to several permanent heliports. operated seaplane service between and in the late 1940s. The only air services Macau had in the 1990s were helicopter services operated by to Hong Kong.

The airport's runway was built on a strip of reclaimed land in the sea, adjacent to , where the main terminal and air traffic control facilities are located. The runway is connected to the apron by two causeways. Runway 34 is ILS CAT II equipped.

Despite its small physical size, the airport is capable of handling s, which forms a vital freight link between local manufacturers and overseas markets. Its catering facility can produce up to 10,000 meals per day.

The following cargo airlines serve Macau International Airport (as of ):

* 1 Multi-Purpose Rescue and Fire Boat owned and operated by