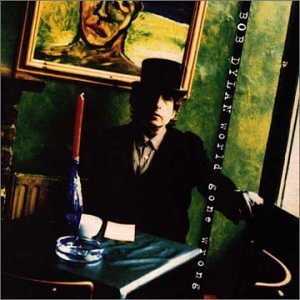 It was the singer-songwriter's second consecutive collection of only traditional , performed acoustically with and . The songs tend to deal with darker and more tragic themes than the previous outing, "".

The album received a warm, if not alarming reception from critics. Despite earning a award for "Best Traditional Folk Album", it peaked at a modest #70 in the U.S., #35 in the .

Like its predecessor "", "World Gone Wrong" was recorded to fulfill the terms of his January 18, 1988 contract. It would be the final album released under that contract.

In May 1993, Dylan once again held sessions at his Malibu home inside his garage studio. Recorded solo in a matter of days, a total of 14 songs were recorded without a single change in guitar strings. Marked by distortion, the recording quality was very primitive by modern standards, with very casual microphone placement and very little tuning. There were some rumors that Dylan had mastered the album from cassette tapes, as had done with "Nebraska", but those rumors have been as difficult to prove as they have been to dismiss.

Possibly influenced by the controversy surrounding "", Dylan wrote a complete set of liner notes to "World Gone Wrong", citing all possible sources. It had been decades since Dylan last wrote his own liner notes, and even then they resembled surreal poetry rather than cut-and-dry information.

The balance of songs in "World Gone Wrong" swung more towards rural blues. Two had been recorded by the , two more by , one by Willie Brown, and another by . Songs popularized by and were also recorded.

In the case of "The Two Soldiers," Dylan had been performing it live since 1988. As Clinton Heylin writes, on "World Gone Wrong" Dylan invested it "with that classic impersonality the true traditionalist seeks."

Four songs were leftover from the sessions, including versions of "Goodnight My Love," "Twenty-One Years," Robert Johnson's "32-20 Blues," and 's "Hello Stranger." In 2008, "32-20 Blues" and another outtake from these sessions, "Mary and the Soldier" were released on .

The response to "World Gone Wrong" was very positive, with many regarding it as superior to "".

gave it an A- in his "Consumer Guide" column published in "". "Dylan's second attempt to revive the folk music revival while laying down a new record without writing any new songs is eerie and enticing," wrote Christgau. "He cherishes the non sequiturs, sudden changes of heart, and received or obscure blank spots in these buried songs--all usages he's long since absorbed into his own writing because he believes they evoke a world that defies rationalization. Me, I'm not so sure it doesn't just seem that way because there's no way we can be intimate with their worlds anymore."

Ira Robbins wrote in "" that "the record expresses as much about Bob Dylan's art as any collection of originals." Even music critic Bill Wyman, who dismissed "", wrote that "it's a testament to his unpredictability that ["Good as I Been to You"] is tedious and "World Gone Wrong" is a signal document, a mesmerizing and sanguinary walk down the blood-soaked history of folk and blues. It also has his best liner notes since the 1960s."

Wyman wasn't the only critic enamored with the liner notes. Written in strange, verbose prose, Andy Gill of "" wrote, "it's the liner notes that offer the most interesting aspect of the album... [With] the songs steeped in deceit, treachery, venality and despair - not to mention his sometimes slightly berserk annotations - the picture builds up of the Blues as Bible Study, a series of lessons to be interpreted." Christgau, Greg Kot of "", and many others expressed their enjoyment in reading the liner notes.

Following its release, Dylan was temporarily a freelance artist. As possible promotion for "World Gone Wrong", Dylan arranged for an acoustic, television special to be accompanied by a live album release. Scheduled for mid-November at Manhattan's Supper Club, Dylan was accompanied by his current touring band, pedal steel and slide guitarist Bucky Baxter, guitarist John Jackson, bassist Tony Garnier, and drummer Winston Watson. After a series of rehearsals, Dylan performed four shows in front of a live audience, "invest [ing] 'Jack-A-Roe,' 'Delia,' and 's 'Weeping Willow' with a power and passion that had been missing from a whole year of lackluster performances," wrote Clinton Heylin. In addition to songs from his two most recent albums, the group performed acoustic renditions of "Ring Them Bells" and "Queen Jane Approximately" "that spoke with all the hurt that inner voice felt when left crying to be heard."

For reasons never explained, the TV broadcast and CD planned from these performances were all scrapped. It was an expensive decision, as Dylan had paid all expenses out of his own pocket, including those for a film crew and a multitrack digital console. Everything was filmed and recorded, but the results were shelved indefinitely.

At the end of 1993, Sony signed Dylan to another contract good for ten albums. A compilation and a live album would follow, but Dylan would take four years before releasing his next studio album, "", a collection of originals that won far more media attention than "World".

All songs are Traditional, arranged by Bob Dylan, except where noted.