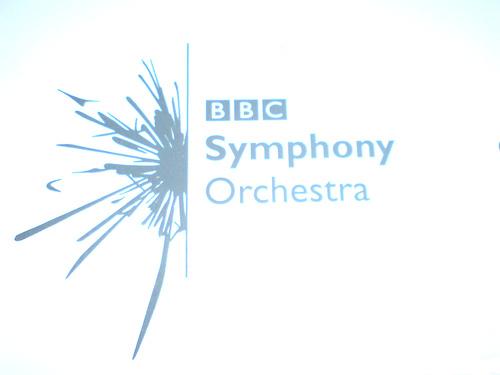 Notable_instruments = The BBC Symphony Orchestra is the principal of the and one of the leading s in Britain.

The orchestra primarily performed in until the outbreak of in September 1939, curtailing that year's season of Proms. The orchestra was then evacuated to , where it was initially left largely unused. Due to Bristol's strategic status as a port it suffered heavy bombing, so the orchestra was relocated to in July 1941. The 1940 and 1941 Proms seasons were run without BBC involvement, but the BBC returned in 1942. The Queen's Hall was destroyed by a incendiary bomb on 11 May 1941, prompting the move of the Proms to their current location in the . Outside the Proms season, broadcast concerts and recordings were then moved to the , and after the launch of the raids in 1944 the remaining broadcast concerts of that year's Proms season were performed at the Bedford Corn Exchange. [cite book|title=The Proms: A new history|last=Doctor|first=Jenny|authorlink=Jenny Doctor|chapter=Chapter 3: A new dimension: the BBC takes on the Proms 1920–44|coauthors="et al"|pages=pp 116–129|year=2007|month=April|location=London|publisher=|isbn=978-0-500-51352-1|editor=(ed.) Doctor, Jenny; Wright, David & Kenyon, Nicholas] A memorable 1944 recording of 's "Symphony No. 2", conducted by Sir Adrian Boult, was later reissued on CD by EMI, along with shorter works of Elgar recorded during the 1930s in Queen's Hall. Since 1946, their home has been the . The orchestra also gives a series of concerts at the , as the Associate Resident Orchestra there.

The orchestra frequently commissions works by contemporary s, and is a particular champion of new British works. 's "Earth Dances", ' "Rituel in memoriam Bruno Maderna" and 's "The Protecting Veil" were all BBC commissions first played by the BBC Symphony Orchestra.

The orchestra plays a prominent role in , the annual season of concerts played at the . It plays on both the first and last nights of the season. The last night concerts have been broadcast in the U.S. by .