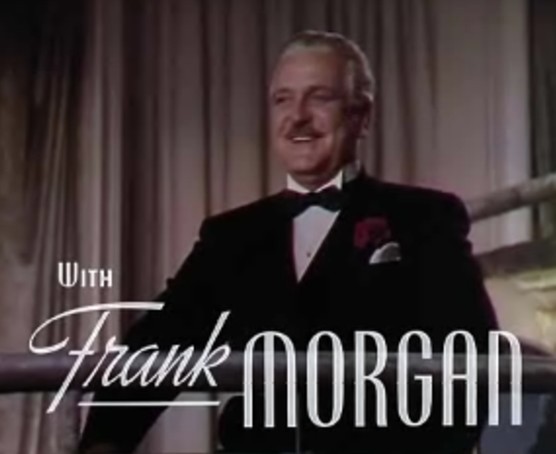 Frank Morgan (, – , ) was an American best known for his portrayal of the title character in the film "The Wizard of Oz".

Born as Francis Phillip Wuppermann in New York City, the youngest of eleven children (six boys and five girls) to the wealthy family which distributed , he attended where he was a member of fraternity. He then followed his older brother into show business, first on the Broadway stage and then into theaters.

Morgan's most famous performance was in "The Wizard of Oz" (1939), in which he played the huckster "Professor Marvel", the gatekeeper of the Emerald City, the driver of the carriage drawn by "The Horse of a Different Color", the armed guard leading to the wizard's hall, and the Wizard himself. Like 's Wicked Witch of the West, his characters only appear on-screen for a few minutes in total, but they are show-stoppers. He was so popular that gave him a lifetime contract. Other movies of note include "", "The Human Comedy", "", "The White Cliffs of Dover" and his last movie, "Key to the City", which was released after his death, in .

He also recorded a number of children's records, including the popular , released in 1949 by .

Like most character actors of the studio era Frank Morgan had numerous roles in many motion pictures. One of his last roles was as a key supporting player in "", a true story about a ballplayer (played by James Stewart) who makes a comeback after losing a leg in a hunting accident.

The three guest stars were conversated with Disney's . In the play, Frank Morgan played the voice of , and Robin Williams played , and Cheryl Ladd played , the rich old lady for Edgar and her lawyer, fond of Duchess (), and Thomas O'Malley ().

Morgan married Alma Muller in 1914; they had one son. They were married until his death in 1949.

Frank Morgan's niece, (neé Claudia Wuppermann) was a stage and film actress, most notable for creating the role of Vera Claythorne in the original production of "".

Morgan died after suffering a heart attack in 1949 (while filming "Annie Get Your Gun"). He was the one major player from "The Wizard of Oz" who did not live to see the film become both a television fixture and an American institution. He was buried in in .