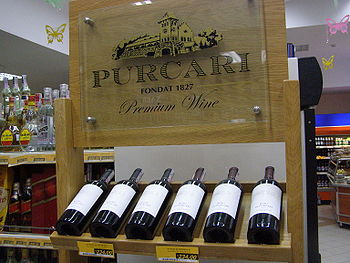 The wine is produced in some Moldovan wineries, mainly in the Purcari area of the Stefan Voda district of Moldova (the Southwestern wine zone); it is locally called the "Queen of England’s wine", because Queen Elizabeth II regularly orders the 1990 vintage.[1] The Purcari winery produces its wine, which is matured for years in oak casks, in very limited batches. The wine is made from the French varieties of Cabernet Sauvignon, Georgian Saperavi, and Moldovan Rara Neagră.