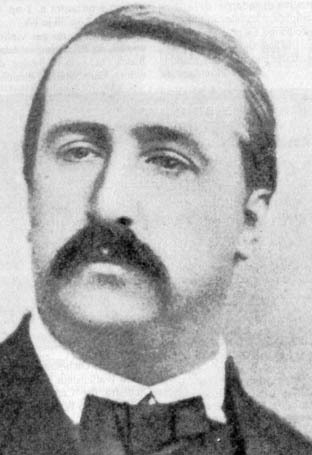 Borodin was born in , the illegitimate son of a Georgian noble (saeklesio aznauri), Luka Simonis dze Gedevanishvili and a Russian mother, the 25 year old Evdokia Konstantinova Antonova (Евдокии Константиновны Антоновa), who had him registered instead as the son of one of his serfs, Porfiry Borodin. As a boy he received a good education, including lessons. He was eventually to earn a doctorate in medicine at the Medico–Surgical Academy, the later home to , and to pursue a career in chemistry (just as his comrade would do in the field of s). As a result of his work in chemistry and difficulties in his home-life, Borodin was not as prolific in writing music as many of his contemporaries were - hence his own description of himself as a "Sunday composer." He died during a festive ball, where he was participating with much vigor; he suddenly collapsed from . He was interred in at the , in .

In his chemical profession Borodin gained great respect, being particularly noted for his work on s [cite journal
title = Facing the Music: How Original Was Borodin’s Chemistry?
author = Michael D. Gordin
journal =
year = 2006
volume = 83
issue =
pages = 561–566
url =http://www.jce.divched.org/HS/Journal/Issues/2006/Apr/clicSubscriber/V83N04/p561.pdf] . Between 1859 and 1862 Borodin held a postdoctorate in . He worked in the laboratory of working on benzene derivatives. He also spent time in , working on organic halogens. One experiment published in 1862 described the first of chlorine by fluorine in [cite journal
title = Borodin?
author = E. J. Behrman
journal =
year = 2006
volume = 83
issue =
pages = 1138
url =http://www.jce.divched.org/HS/Journal/Issues/2006/Aug/clicSubscriber/V83N08/p1138_1.pdf] . A related reaction known to the west as the published in 1939 by the Hunsdieckers was promoted by the as the Borodin reaction. In 1862 he returned to the Medico–Surgical Academy. There he worked on the self-condensation of small aldehydes with publications in 1864 and 1869 and in this field he found himself competing with .

Borodin is also credited with the discovery of the together with . In 1872 he announced to the Russian Chemical Society the discovery of a new by-product in aldehyde reactions with properties like that of an and he noted similarities with compounds already discussed in publications by Wurtz from the same year.

He published his last full article in 1875 on reactions of s and his last publication concerned a method for the identification of in animal urine.

His son-in-law and successor was fellow chemist .

Borodin met in 1862. While under his tutelage in composition he began his Symphony No. 1 in E flat major; it was first performed in 1869, with Balakirev . In that same year Borodin started on his Symphony No. 2 in B minor, which was not particularly successful at its premiere in 1877 under , but with some minor re-orchestration received a successful performance in 1879 by the Free Music School under Rimsky-Korsakov's direction. In 1880 he composed the popular "". Two years later he began composing a third symphony, but left it unfinished at his death; two movements of it were later completed and orchestrated by Glazunov.

In 1869, Borodin became distracted from initial work on the second symphony by preoccupation with the "", which is seen by some to be his most significant work and one of the most important historical Russian operas. It contains the "", which are often performed as a stand-alone concert work as probably Borodin's best known composition. Unfortunately Borodin left the opera (and a few other works) incomplete at his death. "Prince Igor" was completed posthumously by Rimsky-Korsakov and Glazunov.

No other member of the Balakirev circle identified himself so openly with as Borodin did in his two string quartets. Himself a cellist, he was an enthusiastic chamber music player, an interest deepened during his chemical studies in Heidelberg between 1859 and 1861. This early period yielded, among other chamber works, a string sextet and a piano quintet. In thematic structure and instrumental texture he based his pieces on those of .

In 1875 he started on his First String Quartet, much to the displeasure of Mussorgsky and . That Borodin did so in the company of The Five, which was hostile to chamber music, speaks to his independence. From the First Quartet on he displayed mastery in the form. His Second Quartet, in which his strong lyricism is represented in the popular "" followed in 1881. The First Quartet is richest in changes of mood. The Second Quartet has a more uniform atmosphere and expression.

Borodin's fame outside the was made possible during his lifetime by , who arranged a performance of the Symphony No. 1 in in 1880, and by Comtesse de Mercy-Argenteau in Belgium and France. His music is noted for its strong lyricism and rich harmonies. Along with some influences from Western composers, as a member of the The Five his music exudes also an undeniably Russian flavor. His passionate music and unusual harmonies proved to have a lasting influence on the younger French composers Debussy and Ravel (in homage, the latter composed in 1913 a piano piece entitled "À la manière de Borodine").

The evocative characteristics of Borodin's music made possible the adaptation of his compositions in the 1953 musical "Kismet", by Robert Wright and George Forrest, perhaps most notably in the song, "Stranger In Paradise". In 1954, Borodin was posthumously awarded a for this show.

*The was named in his honour.

*The chemist uses the name "Alexander Borodin" as a fictional persona in the books and .