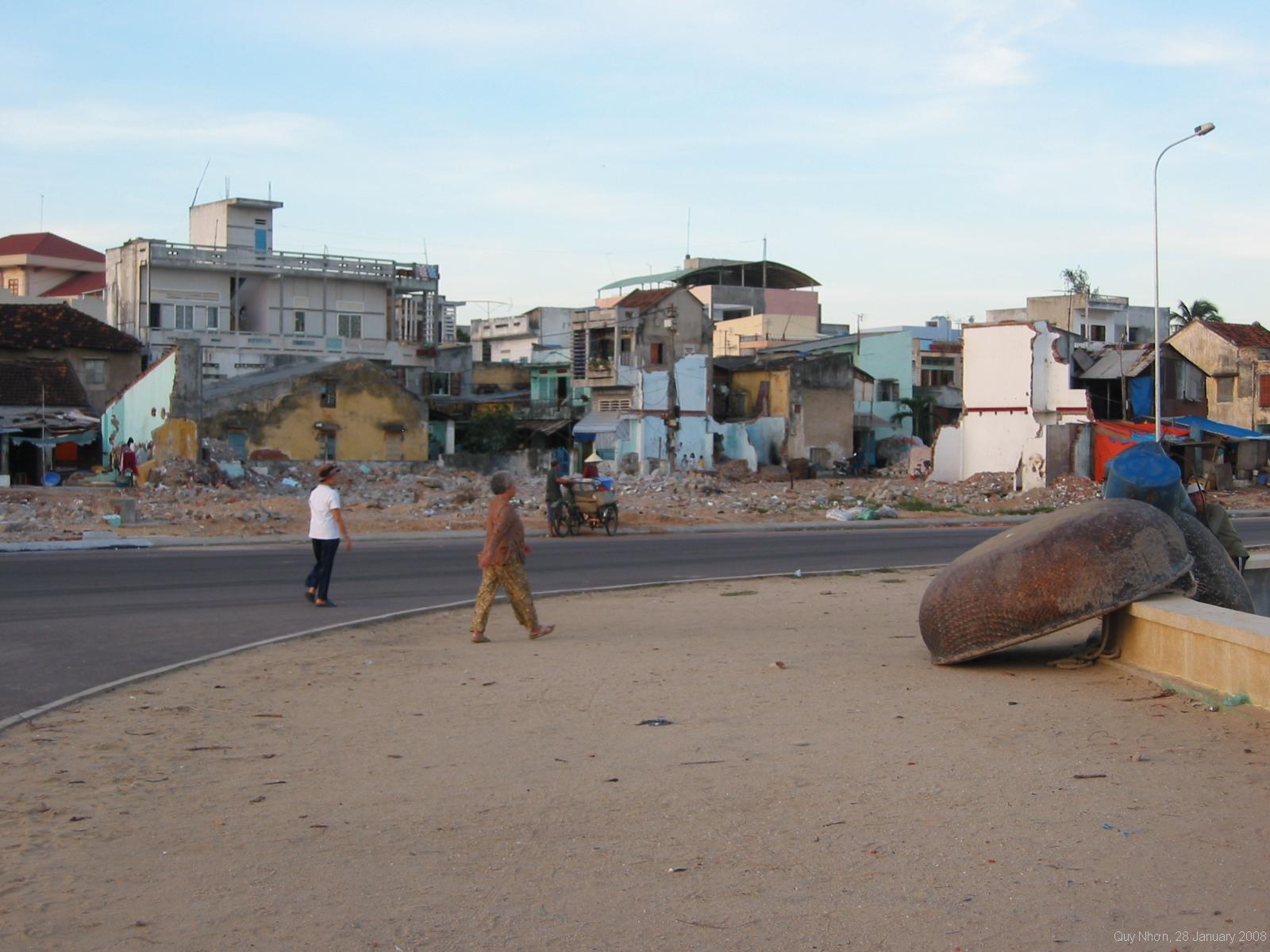 Qui Nhơn or Quy Nhơn audio|Qui Nhon.ogg|pronunciation is a coastal city in the of central . It is comprised of 16 wards and 5 communes with 284 km² general area. Qui Nhon is the capital of the Binh Dinh province and as of 1999 its population was 240,000. Historically the primary commercial activities of the city had always focused around agriculture and fishing. However, in recent years there has been a significant shift towards service industries and tourism. There is also a substantial manufacturing sector. Qui Nhon was officially founded more than 100 years ago with its forming and developing history going much further back to the 11th-century culture, dynasty and seaport from the 18th century. Nowadays , itself a seaport, is recognized as a second-grade city with a geo-economic priority and an urbanized infrastructure. The government describes the city as one of the three commercial and tourism centres of the central southern coastal region (with and ).

Qui Nhon has a varied topography, its geography being extremely diversified with such landforms as mountains and forests, hills, fields, salt marshes, plains, lagoons, lakes, rivers, shorelines, peninsulas and islands. Qui Nhon's coastline is 42 km long with attractive sandy beaches, abundant seafood resources and many other natural products of high economic worth. The city's key economic activities include industries, mercantile, export-imports, seaport services, aquatic product husbandry and tourism. The economic trend, at present, is increasingly service-based at the expense of agriculture, forestry and pisciculture. The GDP breakdown in percentage terms for 1998 is: construction industry 28.40%, service 55.58%, agriculture, forestry and pisciculture 16.02%. Qui Nhon's development goal for the near future is striving to build the city into a dominant seaport in the North-South and West-East corridor as well as into an international industrial, commercial and service-based trading centre with a strong and active role as a regional economic engine.

Qui Nhon is served by with daily flights linking and .