The Ocean and the Sun

The Ocean and the Sun 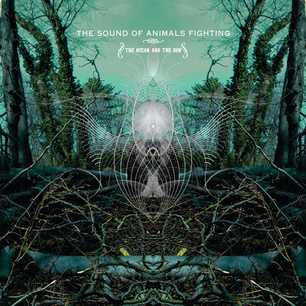 "The Ocean and the Sun" is the third and final album of the band, . has stated in interviews that it will be similar to the "Tiger and the Duke EP". The band has also gone back to its original number of just four: the Nightingale, the Walrus, the Lynx, and The Skunk.

The first song, "Intro", is the Farsi translation of the English poem "In The Desert" by Stephen Crane. The original (English) version of this poem is printed on the inside jacket of the album. It is also read in English on the eleventh track.The fifth song, "Lude", is not in reference to the character Lude in the novel .The title of the final track, "On the Occasion of Wet Snow", is the title of the second section of 's .The title of the seventh track, "The Heraldic Beak of the Manufacturer's Medallion", is taken from 's Crash.Vocal credits include Embree making his first vocal appearance on "Blessings..." and Green returning for the title track, "Another Leather Lung," and "The Heraldic Beak of the Manufacturer's Medallion," and Balling returning on "I, the Swan," "Cellophane," and "On the Occasion.." The Wolf? aka Matthew Kelly, rounds out the credits with an appearance on "On the Occasion." Other vocalists include Jessica Mcwhirter on "On the Occasion," and Lauren Coleman on "Uzbekistan" and spoken word on the title track. Charlene Rogers (also on spoken word duty on Lover) appears on spoken word duty on Ahab.

The album was produced, recorded and mixed by Matthew Embree.

Note: while the album contains 12 tracks only 9 are named on the packaging and the label's website
#"The Ocean and the Sun"
#"I, the Swan"
#"Another Leather Lung"
#"Cellophane"
#"The Heraldic Beak of the Manufacturer's Medallion"
#"Uzbekistan"
#"Blessings Be Yours Mister V"
#"Ahab"
#"On the Occasion of Wet Snow"