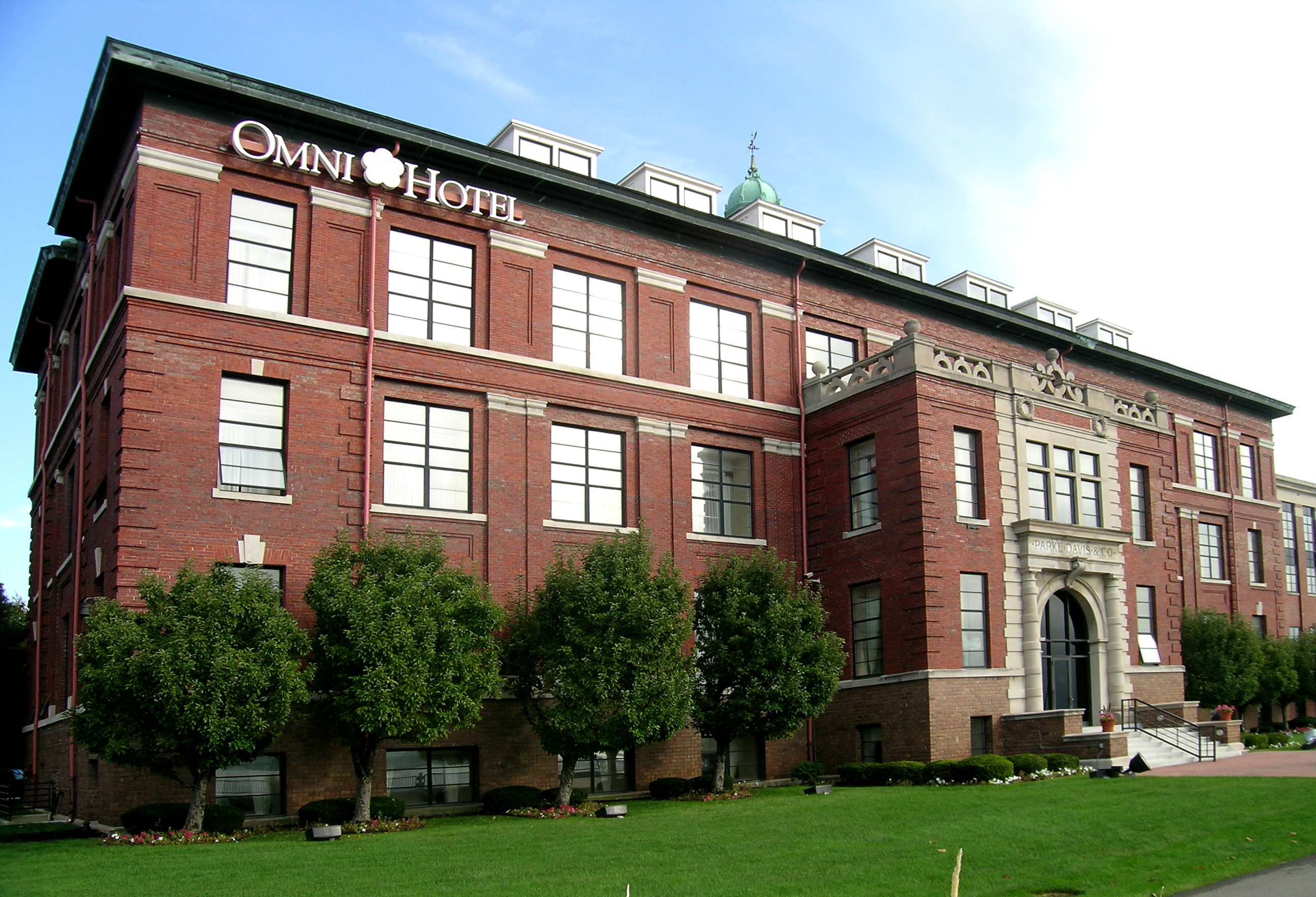 Parke-Davis moved its facilities to this location along the Detroit River in the 1870s to take advantage of the transportation provided by the river and nearby rail lines.

The Research Laboratory was built in 1902 after Parke-Davis relocated the to .

THe significance of the building, however, is not architectural. This building was the first industrial research laboratory in the U.S. established for the specific purpose of conducting pharmacological research, inaugurating the commercial pure science approach which has driven the rapid development of pharmaceutical technology.

Later history and current use

The research laboratory was declared a in 1976.

The complex has been redeveloped for mixed use. The laboratory was eventually remodeled, and now serves as a hotel owned by . National Park Service staff recommended withdrawal of landmark status in 2002 due to loss of the building's historic integrity during the conversion.

* [http://hdl.loc.gov/loc.pnp/hhh.mi0171 Parke-Davis Industrial Site, Bounded by MacDougall & Joseph Campau Avenues, Detroit, Wayne County, MI: 20 photos and diagrams, and supplemental material] , at , covers a number of related buildings but seemingly not this one, if it is correct that this one is Building 55.
* [http://www.omnihotels.com/FindAHotel/DetroitRiverPlace.aspx Omni Hotel] at River Place