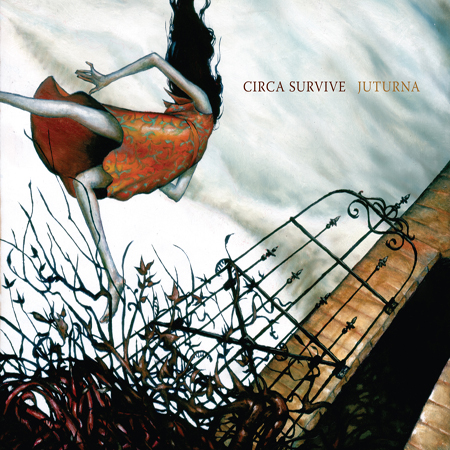 There is a hidden track, "House of Leaves," located at approximately 8:56, after the silence that follows "Meet Me in Montauk." It is named after "", a book by ."House of Leaves" also has : if played backwards you can hear the words 'speak so softly'.

Contrary to popular belief, the Japanese version does not include four bonus songs. It does, however, have a video for "Act Appalled".

Anthony Green has stated the title for the song "Stop the Fuckin' Car" was inspired by the popular cult film, "".Fact|date=December 2007 There is a scene in the movie in which vigilantes Connor and Murphy McManus and David Della Rocco are fleeing the McManus's apartment and Rocco sees the strip club that a mob underboss frequents and yells "Stop the fuckin' car!"

Inspiration from "Eternal Sunshine of the Spotless Mind"

"Meet Me in Montauk" is a reference to the movie "". The title comes from the line Clementine whispers in Joel's ear just before the last memory of her is erased. The song is 14 minutes long, though only roughly two minutes of the song have to do about the movie itself; the rest is silence leading to the hidden track. Lyrics relating to the movie include, "I already forgot how I used to feel about you," and the last line in the song, "you'd mean so much more to me if I remembered".

Many other songs on "Juturna" have references to the movie in their lyrics, and singer-songwriter Anthony Green has commented that the songs are a blend of his personal experiences and the movie. Another direct reference is "Wish Resign," which takes its name from the same source that the movie took its name. It comes from the line in the poem "" that follows the line from the which the movie got its name:

"Juturna" was rumored to be synced to "Eternal Sunshine of the Spotless Mind", however this was denied by Anthony Green in an interview with the Australian music magazine [http://www.thebragmag.com/ The Brag] .

* is the Roman goddess of fountains, wells and springs. It was taken as the album title to symbolize a new beginning for the band members. It was originally the title of an unreleased song from an early demo of "The Great Golden Baby".

*The album artwork is by .

*Rise Records indie band "In Fear And Faith" share the same name as a song on Juturna, but hardly sound influenced by Circa Survive.