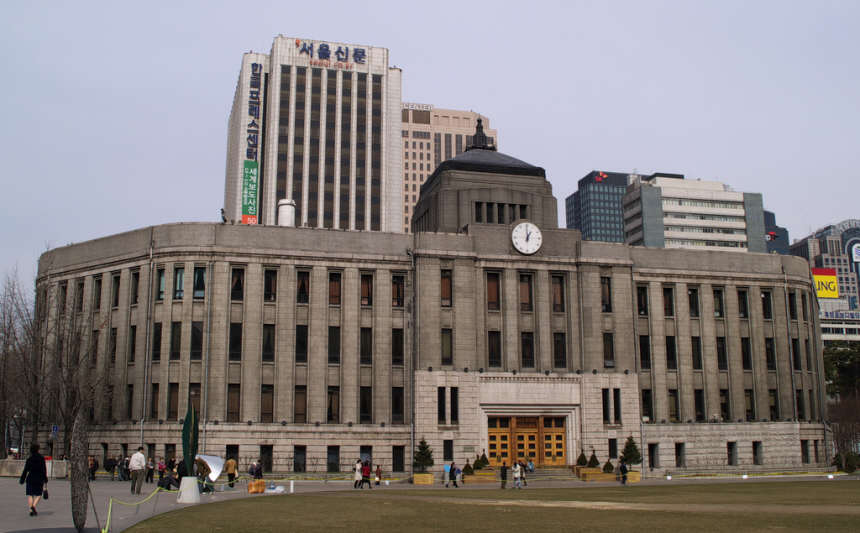 Seoul City Hall is a governmental building for the in , in charge of the administrative affairs of . It is located in , Jung-gu, the heart of Seoul. It's located next to on . In front of the city hall is (Korean: 서울광장).

A large digital clock for the building was installed in 1975, and replaced with large analogue clock when (the present president of South Korea) was mayor of Seoul.

There was a competition for a new Seoul City Hall. The jury awarded the prize to (유걸) in , . Yoo Kerl said "Major keywords for designing the new building are traditions, citizens, future. I analysed low-rise horizontal elements, curvaceousness and shads of eaves of our traditional architecture style's characters, and I applied these to the design so I can recall comfortable feelings of old things." [cite news |first= |last= |authorlink= |coauthors= |title=‘7수 끝에…’ 서울시 새청사 최종설계안 발표 |quote=30% 문화공간 이용 다음달 기초공사 시작 |publisher= |date=2008-02-19 |accessdate=2008-04-30 ]