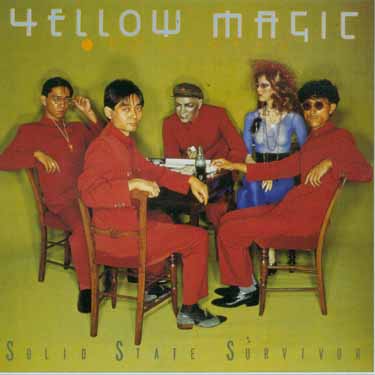 
"Solid State Survivor" was the second album of . It contains one of their most well-known songs, "Rydeen". "Behind the Mask" became known to a wider audience due to a cover by . The main riff was also sampled by satirical rap group on their track "Your Mother's Got a Penis".

"Solid State Survivor" was never released in the , but several songs from this album were compiled for release in the States as the US pressing of "×∞Multiplies". It is only one of a handful of YMO albums in which the track titles do not have a Japanese equivalent.