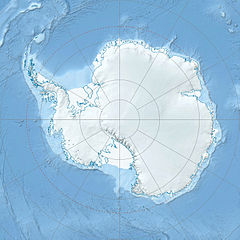 Explorers Range (70°50′S 162°45′E﻿ / ﻿70.833°S 162.75°E﻿ / -70.833; 162.75) is a large mountain range in the Bowers Mountains of Antarctica, extending from Mount Bruce in the north to Carryer and McLin Glaciers in the south. Named by the New Zealand Antarctic Place-Names Committee (NZ-APC) for the northern party of New Zealand Geological Survey Antarctic Expedition (NZGSAE), 1963-64, whose members carried out a topographical and geological survey of the area. The names of several party members are assigned to features in and about this range.[1]

This article incorporates public domain material from websites or documents of the United States Geological Survey.