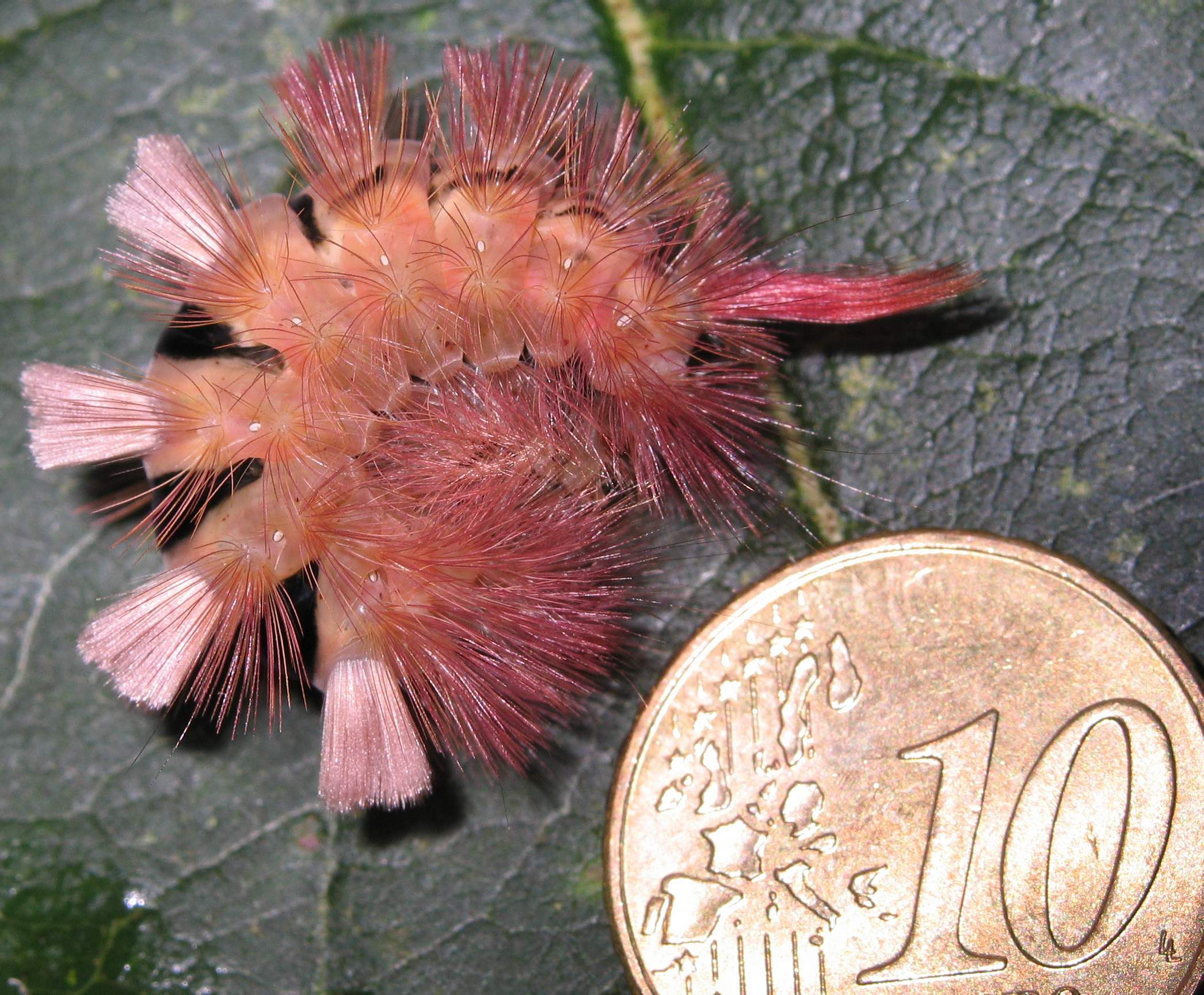 Lymantriidae or LiparidaeVerify source|date=July 2008 is a family of s with about 350 known genera and over 2,500 known found all over the world, in every continent except . They are particularly concentrated in , , and ; one estimate lists 258 species in alone (Schaefer, 1989). Apart from islands, notable places that do "not" host Lymantriids include , the , and (Schaefer , 1989).

Adult moths of this family do not feed. They usually have muted colours (browns and greys), although some are white, and tend to be very hairy. Some females are flightless, and some have reduced wings. Usually the females have a large tuft at the end of the abdomen. The males, at least, have s (Scoble, 1995). They are mostly nocturnal, but Schaefer (1989) lists 20 confirmed diurnal species and 20 more likely diurnal species (based on reduced eye size).

The e are also hairy, often with hairs packed in tufts, and in many species the hairs break off very easily and are extremely irritating to the skin (especially members of the genus ""; Schaefer, 1989). This highly effective defence serves the moth throughout its life cycle as the hairs are incorporated into the cocoon, from where they are collected and stored by the emerging adult female at the tip of the and used to camouflage and protect the eggs as they are laid. In others, the eggs are covered by a froth that soon hardens, or are camouflaged by material the female collects and sticks to them (Schaefer, 1989). In the larvae of some species, hairs are gathered in dense tufts along the back and this gives them the common name of tussocks or tussock moths.

"Lymantria" means "defiler", and several species are important defoliators of forest trees, including the "Lymantria dispar", the "Orgyia pseudotsugata," and the "Lymantria monacha". They tend to have broader host plant ranges than most Lepidoptera. Most feed on trees and shrubs, but some are known from vines, herbs, grasses and lichens (Schaefer, 1989).

Unusually, this family is not divided into subfamilies but only into tribes. This owes to the fact that the diversity and of tropical lymantriids is not well known (Ferguson 1978, Holloway 2006).

In "" by , the character Pappachi discovers a new species of lymantriid with "unusually dense dorsal tufts". At first, his discovery is misclassified as a race of an existing species. After Pappachi retires from the post of Imperial Entomologist, a taxonomic revision makes his moth the type species of a new genus. Pappachi's original claim is forgotten and the new genus is named for a former subordinate. The disappointment embitters Pappachi:

In the years to come, even though he had been ill-humored long before he discovered the moth, Pappachi's Moth was held responsible for his black moods and sudden bouts of temper. Its pernicious ghost--grey, furry and with unusually dense dorsal tufts--haunted every house that he ever lived in. It tormented him and his children and his children's children.