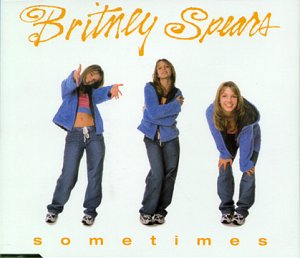 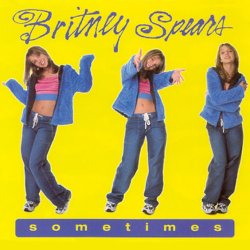 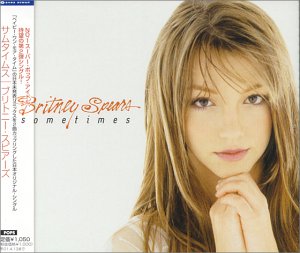 
"Sometimes" is the second single from pop , released from her debut "" during the second quarter of 1999.

The song was written by ; he would go on to win a BMI Pop Award in in the category of Song of the Year for composing "Sometimes." The song was produced by & . The track is a classic example of a pop about love and its symptoms, as Spears declares "sometimes I run, sometimes I hide, sometimes I'm scared of you."

As with her previous single "...Baby One More Time", "Sometimes" was also directed by .

Shot at Paradise Cove in , Spears watches her love interest from afar, who is played by model Chad Cole. As he plays with his dog on the sand, Spears is seen on a lookout, by the pier and on a picnic blanket wishing she was there with him. The video also includes dance scenes with Spears and several others on the pier adorned in white.

There are two edits of the video. One features mainly beauty shots during the first verse, the second edit features more dancing footage from on the pier. The of the song was used for the video, it shortens the intro and removes an bridge towards the end of the song.

Due to its airplay only status, "Sometimes" was at a chart disadvantage from the beginning. At the time it was released, songs generally were accompanied by a , being that they were still a major key in a song's commercial success. Despite this, "Sometimes" still proved to fare well on the charts, peaking on the at number twenty-one due to its top twenty peak on the . [cite web|url=http://www.billboard.com/bbcom/esearch/chart_display.jsp?cfi=379&cfgn=Singles&cfn=The+Billboard+Hot+100&ci=3034436&cdi=7455087&cid=06%2F26%2F1999|title=The Billboard Hot 100: "Sometimes"|publisher=billboard.com|accessdate=2008-06-20] The song was later ranked at number seventy-five on the Billboard Hot 100 Year-End chart for 1999.

"Sometimes" also proved successful at radio, going top ten on both the and charts, as well as top ten on the and, perhaps more notably, the .

The single was another international success, reaching the top five in many European nations and Australia, as well. "Sometimes" was also a huge hit in the UK ranking at forty-eight on the 1999 year-end charts selling a total of 414,000 copies.

Remixes and Other Versions

In Spring 2005, Spears and her management were sued for copyright infringement by an Indiana songwriter Steve Wallace. Wallace claimed he wrote "Sometimes" but didn't copyright it until 2003, four years after Spears registered the song's copyright. The suit was dismissed in late 2005. [cite news|url=http://www.people.com/people/article/0,,1127686,00.html|title=Judge: Britney Didn't Steal Song|last=Silverman|first=Stephen M.|date=2005-11-09|publisher="People"|accessdate=2008-06-20]

A Walk for AIDS

In the Summer of , Joel Whine requested and granted the rights for "Sometimes" and was used for a video that was to sponsor "A Walk for AIDS", a 20 mile walk to raise money for the cure of the virus. It took place on the streets of sometime at the end of July 1999.fact|date=June 2008