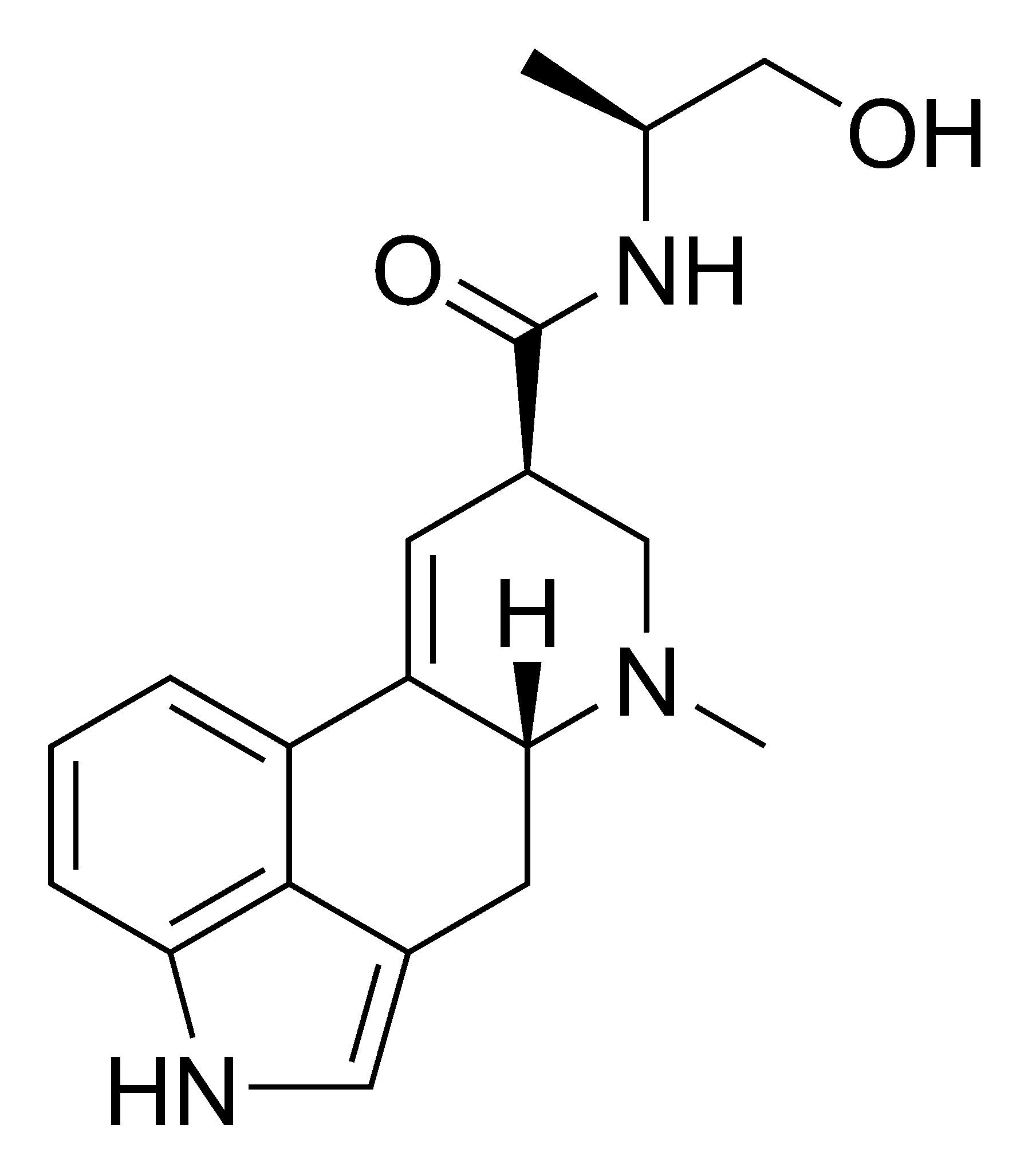 Ergonovine, also known as ergometrine or d- beta-propanolamide, is an (and ) derivative, and one of the primary and . It is chemically similar to , , and .

It has a medical use in to facilitate delivery of the and to prevent after by causing tissue in the walls to narrow, thereby reducing blood flow. It is usually combined with () as .

According to [http://www.erowid.org/library/books_online/tihkal/tihkal26.shtml TIHKAL] by , ergonovine has -like action at levels of 2-10 milligrams. Clinical dosages are about ten times lower.

Ergometrine is listed as Table I precursors under the , as possible precursor compound for .